The Cilento and Vallo di Diano biosphere reserve is located in south-central Italy, bordering the Tyrrhenian Sea. It is characterized by low dolomite mountains with typical karst features such as sinkholes and caves. The coastline consists of cliffs, bays and sandy beaches, with sea caves and freshwater springs. The Mediterranean sclerophyll vegetation is divided into many habitats according to altitude, ranging from dry coastal garrigue, to Holm oak woodlands, mixed forests of oak, hornbeam, and alder, natural stands of European beech, and high-altitude grasslands. The fauna is noted for its birds, notably birds of prey.

The cultural heritage is particularly rich, with traces of human occupation dating back to Palaeolithic times, with archaeological and historic vestiges of a succession of civilizations. 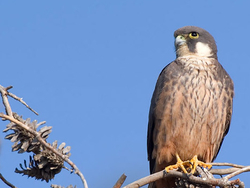 The biosphere reserve is located in the Campania Region, southern Italy, and includes the territory of the National Park of Cilento, Vallo di Diano and Alburni, its contiguous areas and marine-protected areas. The coastline consists of cliffs, bays and sandy beaches, with sea caves and freshwater springs.

One of the most interesting characteristics of this area is the high level of biological diversity, strongly related to variability, lithology, geomorphology and climate, little found in other parts of the peninsula. There are 28 sites of Community importance, including two marine sites recognized by the European Commission Habitats Directive, and eight Special Protection Areas recognized by the European Commission Birds Directive. Endangered or threatened animal species include the European otter (Lutra lutra), Corsican hare (Lepus corsicanus), Mediterranean horseshoe bat (Rhinolophus euryale), rock partridge (Alectoris graeca orlandoi), and Eleonora’s falcon (Falco eleonorae).

The mountain landscape characters change deeply: the alpine aspect, dominated by rocks, glaciers, snow areas and wooded mountainsides of the high valley, is then changed by the prealpine thermal and environmental influence of the medium and low valley. The anthropization increases with the decrease of the altimetry level and the enlargement of the valley in the low part with settlements of residential, commercial and productive character. 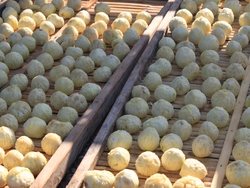 The reserve has a long history of emmigration, and is characterized by a very limited demographic dynamic in the long run. Between 1861 and 2001, the population living in the municipalities increased by only 20%. Some 220,000 inhabitants now live permanently in the reserve. The main economic activities are agriculture (sheep farming, olive oil, white figues, wine) and tourism, especially during the summer.

A particular effort has been made to create employment opportunities in inland rural areas by stimulating local enterprises, restoring rural heritage, re-activating agriculture, forestry and fishing and promoting ecotourism. Olive oil production in Cilento is a long tradition, dating back to the Middle Ages when Benedictine monks planted olive groves. In recent years, the region has suffered from the importation of cheap olive oils and the emigration of local people. To address these problems, a local olive oil cooperative has introduced organic farming techniques, selling the oil with its own hallmark of quality. A research centre has been established to study birds of prey and the migration of birds between Africa and Europe.

The  biosphere reserve contains an exceptional number of historical-cultural artifacts linked to the physical environment, for example, the archaeological area of Paestum, at the base of Mount Maddalena, and a number of historical villages of significant interest.