The Camili Biosphere Reserve is located in the northeast of Türkiye, specifically in the Kolchic sub-region of the Euro-Siberian phytogeographic area. Mountains surround Camili on three sides, and the Georgian border forms the northern edge of the reserve. The topography of the northwestern area is characterized by the Karcal Mountains (3,415 metres high), while three main valleys – the Ugur-Maral, Efeler and Düzenli – are also found within the reserve. 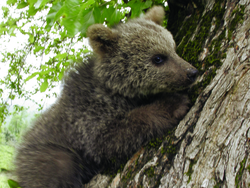 The main ecosystem types in the Camili Biosphere Reserve are boreal coniferous forests and temperate deciduous forests, including tree species such as Alns glutinosa(Black alder), Picea orientalis (Oriental spruce), Tilia rubra ssp. Caucasicus(Caucasus lime tree) and Quercus petraea(Sessile oak). In addition, the Camili basin forms part of the ‘Karçal Mountains Important Plant Area’ – one of the 122 most important plant areas in Türkiye. The basin is also the only region where the Caucasus bee has remained untouched, making it one of the three most important bee species in the world.

Examples of bird species common to the reserve are Turdus merula (Common blackbird), Parus ater (Coal tit) and Corvus corax (Common raven). There also exists a large population of bark beetles that present a threat to the regional forest ecosystems. Lastly, some fauna species in the reserve have been categorized as endangered, including Mertensiella caucasia (Caucasian salamander) and Hyla arborea (European tree frog). 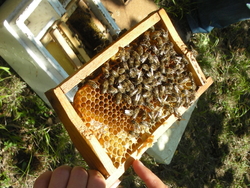 Camili has a very traditional rural lifestyle with hazelnut farming and honey production the main economic activities in the reserve. These forms of agriculture are marked by labour-intensive procedures, as no pesticides or chemical fertilizers are used. At the end of the 1960s, the local population realized that such chemical products tainted the taste of goods, and subsequently began to emphasize the importance of natural farming processes.
The reserve is situated 25-30 kilometres from Batumi, one of the oldest harbours in the Black Sea. The area and its surroundings have thus been conquered many times throughout history. For example, the Byzantine Empire, Ottoman Empire and several Russian Empires have ruled over this region. Numerous archaeological sites can be found within Camili, for instance, the Iremit mosque in Maral village, Tamara’s cave and an arched bridge at the entrance of Efeler village. Altogether, six villages are located within Camili, and each of these exhibits notable architectural values. Old houses that contain four to six rooms and wooden balconies are typical of this traditional style.