The original Big Thicket of Texas covered between 809,371 – 1,214,056 hectares (2- 3 million acres) in what is now mapped as the Pineywoods and Coastal Marsh ecoregions of the state. People have called the Big Thicket an "American ark" and "the biological crossroads of North America", as it has one of the most biologically diverse assemblages of species in the world. 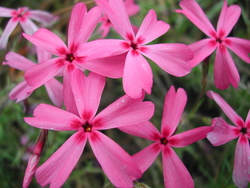 The Biosphere Reserve is a transition zone where southeastern swamps, eastern deciduous forests, central plains, pine savannas, and dry sandhills meet. This diverse habitat allows an impressive array of species to coexist, including approximately 1,320 species of vascular plants, 60 mammal species, 86 reptile & amphibian species, 34 species of freshwater mussels, nearly 1,800 invertebrate species just in the Lepidoptera Family (butterflies,moths, skippers), 97 fish species, at least 300 bird species, and 400 species of mushrooms. Cactus and orchids, beech trees and bald cypress trees, azaleas and pine trees, roadrunners and alligators, and historically, bison, jaguars & red wolves, are all included in the array of species. Four of the 5 known types of carnivorous plants found in the U.S. are found in the Big Thicket. The abundant rainfall, 54 inches per year on average, and long growing season, around 246 days, ensures that the vegetation and animal life thrive in this unique area of Texas. 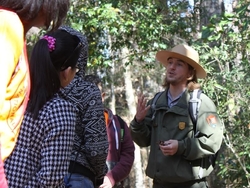 The human population of the reserve is growing and visitation for development has increased significantly over the last decade. This growth suggests that the vitality of the biosphere reserve is strong; however, it also signals potential impacts to sustainable development and conservation due to the rate of growth.

The basis of the economy for the BR is tourism. Working collaboratively with the surrounding towns in Southeast Texas, visitors enjoy a wide variety of recreational opportunities from hiking, photography, birding, water activities such as kayaking, canoeing, and a unique opportunity to hunt within Big Thicket National Preserve.