Small-scale agriculture gives the landscape its characteristic features. The core area and buffer zone are identical with the Berchtesgaden National Park with the famous lake Königssee. About 103,000 people live in the biosphere reserve (2014), who depends very much on tourism. 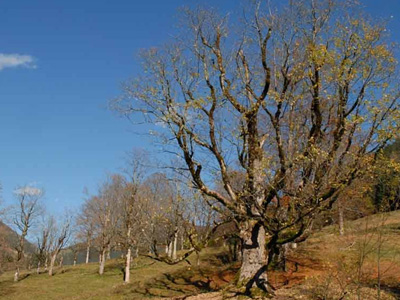 Berchtesgadener Land Biosphere Reserve comprises a typical section of the Northern Limestone Alps including the pre-Alps (Berchtesgaden Alps, Chiemgau Alps) and the young moraine landscape (prealpine hills and bogs). The geological diversity, the high relative relief (peaks in the south at over 2,700 m above sea level, valleys in the north around 400 m above sea level) and the wealth of glaciological formations provide the conditions for a mosaic of different biotope types within a small area.

Therefore, the biosphere reserve encompasses submontane, montane and subalpine forests and alpine meadows. The core area and buffer zone are identical with the Berchtesgaden National Park with the famous lake Königssee.

The area is characterised by the occurrence of many species of fauna and flora with special relevance for the whole of Europe, with some interlinking of the populations. The site extension of 2010 added further important species to the Biosphere Reserve, including corncrake (Crex crex), Eurasian curlew (Numenius arquata), scarce fritillary (Euphydyras maturna) one of the most endangered butterfly species in Europe, southern damselfly (Coenagrion mercuriale). The Bavarian Alps are home to 45 to 50 breeding pairs of golden eagle (Aquila chrysaetos). 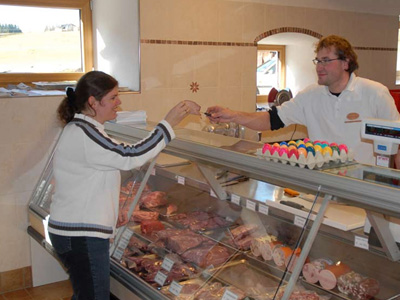 The Biosphere Reserve's 103,000 inhabitants are spread across 15 towns, market communities and municipalities. The area is generally rural, the only towns with a population of more than 10,000 being Bad Reichenhall and Freilassing. Agriculture, forestry and tourism are among the main economic activities. Salt mining in Berchtesgaden and Reichenhall is still very much alive and firmly anchored in the local identity. Many holidaymakers visit the mine in Berchtesgaden or the Alte Saline in Reichenhall.

The extension brought more full-time farms into the Biosphere Reserve, and this has significantly improved the marketing basis for regional products. Many producers have joined together in umbrella organisations, running farm shops and supplying farmers' markets and supermarkets with counters for regional specialities. Countrywomen catering services are now up and running, with delivery services for end consumers being set up.