The Dordogne River and its basin is one of the six major watersheds of the Adour-Garonne, covering an area of 24,000 km ² and with a population of over one million people. The Dordogne is one of the mythical rivers that drains the centre of France and provides important ecosystem services to the region. 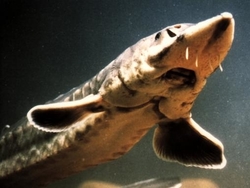 The Dordogne rises on the flanks of Puy de Sancy (1,658 m) in the town of Mont Dore, from the confluence of two small torrents: the Dore and Dogne. Its catchment area is about 280 km in its longest part and 150 km at its widest zone. The river traverses a variety of landscapes and functions - mountains, hydropower, large meanders -before flowing into the Gironde at the "Ambès beak", north of the city of Bordeaux, forming the Gironde estuary, the largest estuary in Europe.

Given its size, the Dordogne watershed consists of two main biogeographical regions and one transition region: a continental region, located to the east of the basin and characterized by temperate coniferous forests, an Atlantic region in the western part of the basin in Aquitaine, characterized by temperate forests of deciduous trees and finally, between the two regions there is a transition region that is a crossroads of climatic influences and a Sub-Mediterranean and Atlantic floristic area. The transition is also related to the topographical variations between the mountain area of the source and the alluvial area of the mouth of the river. This ecoregion is characterized by temperate coniferous forests, temperate forests with deciduous trees and Mediterranean woodlands and scrub.

The Dordogne basin is home to a rich biodiversity of plant and animal species remarkable at national and European levels. It has an important variety of fishes (39 species) and it is especially valuable because it is the last refuge of all major diadromous fish of Western Europe. 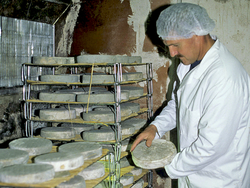 For around fifty years, the transformation of rural areas in the Dordogne watershed into agricultural land and to recreational spaces has led to a spatial and social reorganization.

The rivers and the dams upstream are now a vital resource for those who depend more and more on freshwater supply including agricultural irrigation, energy production, industry and new residential and tourist demands.