The Appennino Tosco-Emiliano Biosphere Reserve is located in the Tuscany and Emilia Romagna regions of north-central Italy. It covers the Tuscan-Emilian Apennine ridge from Passo della Cisa to Passo delle Forbici, which marks the geographical and climatic boundary between continental and Mediterranean Europe. The area contains close to 70% of total species present in Italy including 122 species of birds, amphibians, reptiles, mammals and fish, as well as a wide variety of flora comprising at least 260 aquatic and terrestrial plant species.

The main economic activity in the reserve is agriculture. Recreational activities and tourism also represent important economic resources for the permanent population, which amounts to 1,300 inhabitants in the buffer zone and 100,000 inhabitants in the transition area, while the seasonal population includes 68,500 tourists and second-home owners. 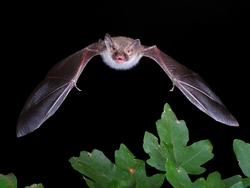 The Apennines mountain range forms the backbone of the Italian peninsula. The reserve is located in the Northern Apennines and is typical of this mountain region. It also constitutes a focal point of the Continental-Mediterranean climatic boundary which, taken together with geological heritage and other factors, has given rise to a complex ecological and cultural patchwork that underlies the evolution of the landscape.

The floral biodiversity is rich and significant with at least 260 aquatic and terrestrial plant species of community and regional conservation interest, including several endemic species such as Primula apennina, Vicia crusnae, Saxifraga etrusca and Aquilegia alpina.

Almost 70% of the species (over 2,000) found throughout Italy inhabit the reserve. These include 122 bird species, invertebrates, reptiles, fish, mammals and amphibians, such as the spectacled salamander (Salamandrina terdigitata) and crested newt (Triturus cristatus), as well as species of particular conservation interest such as the wolf (Canis lupus), golden eagle (Aquila chrysaetos) and hermit beetle (Osmoderma eremita). 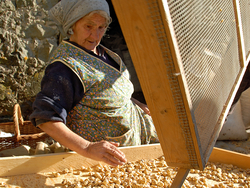 The reserve encompasses 38 municipalities spread over five provinces: Parma, Reggio Emilia and Modena in Emilia Romagna, and Lucca and Massa Carrara in Tuscany. The area has a population of approximately 100,000 inhabitants. The main economic activities are tourism, agriculture, craftsmanship and the processing of high-quality foods such as Parmigiano Reggiano cheese, Prosciutto di parma, oil, honey and spelt from Lunigiana and Garfagnana.

Historically, the area was settled by various peoples such as the Ligurians, Apuani and Etruscans. It was also a hard-fought battleground during the expansion of Rome and was ruled by the Byzantines, Lombards and Carolingians. The area includes numerous archaeological finds, the most significant including the Stele statues of Lunigiana, the Campo Pianelli archaeological area on the Pietra di Bismantova, and a prehistoric village on Monte Valestra.