The Alto Turia Biosphere Reserve is located in the middle course of the Turia River, which passes through the Valencian counties of El Rincón de Ademuz and La Serranía in the central-eastern part of the country. The Turia valley, which runs from northwest to southeast, is the main defining axis of the biosphere reserve. Alto Turia is home to nearly 4,300 inhabitants and some 6,500 temporary residents living in eight municipalities and several isolated population centres. There are plans to develop the trade in local products of recognized quality to drive sustainable development in the territory. 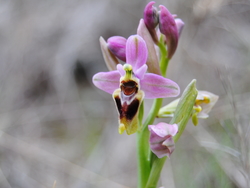 The area is situated within the Mediterranean biogeographic region and is characterized by very diverse soils and vegetation, as well as hot and dry summers, which subject the vegetation to significant levels of water stress.

The main fauna found in the area are steppe birds, the Granada hare (Lepus granatensis) and the European rabbit (Oryctolagus cuniculus). The white-throated dipper (Cinclus cinclus) and the common midwife toad (Alytes obstetricans) can also be found along water courses. Endemic fauna in the reserve include the Catalan barbel (Barbus haasi) and the Valencia chub (Squalius valentinus). 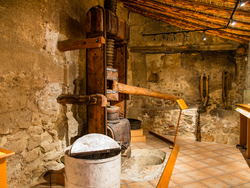 The permanent population of the reserve amounts to almost 4,300 inhabitants and about 6,500 temporary residents. They inhabit the transition zone, which encompasses eight main municipalities and several isolated population centres.

Although agriculture shapes the landscape and rhythm of the community, it is not the main source of work. Currently, the secondary sector employs a high percentage of the active population, mainly in civil construction and small-scale industries located in the transition area of the biosphere reserve. The intention is to develop local trade, taking into consideration local products of recognized quality that can provide an example of sustainable development in the territory.