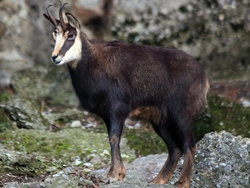 The wealth and biodiversity in the Alto Bernesga Biosphere Reserve is exceptional because of its bio geographic allocation in the transition areas between dry Spain and humid Spain; that is to say, between the Mediterranean region and the Euro-Siberian or Atlantic region.

The flora includes high mountain grasslands in the crags, rocks and passes; Oak-groves, acidophilous Oro-Cantabrian Beach trees, Euro-Siberian riparian forests of Willow and Poplar trees; with the presence of endemic plant formations such as the Sabina Albar forests and Oro-Cantabrian Oak-groves.

In terms of fauna, special mention should be made of the bird life, with some endangered species such as the Red Kite, the Egyptian Vulture, the Peregrine Hawk, and the Golden Eagle. The chamois (Rupicapra rupicapra) is also an emblematic species of the region.

In addition to a diversity of flora and fauna, the Reserve is also of great paleontological value due to the Devonian seafloor fossil sites.

This wealth contributes to making Alto Bernesga very attractive to researchers and students from allover the world who visit these unique sites as there are only three similar ones and they are not as accessible. 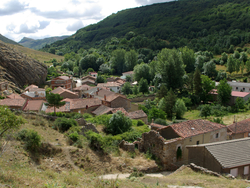 Traditionally the local inhabitants were engaged in animal husbandry but presently there is a clear predomination of the mining and energy sectors, followed by trade, animal husbandry, ecological agriculture and services.