Altaisky Biosphere Reserve is located in the Altai Mountains, in south-central Russia. Established as a natural reserve in 1932, it includes mountains, taiga forests and steppes.

The characteristic feature of the landscapes of the reserve area is abundance of lakes - 2560 middle and small lakes, including the lakes of glacier origin- about 1200. There are swampy locations found in inter-mountain depressions, river valleys and in smoothed slopes. 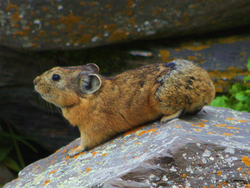 There are more than 3101 kinds of plant species in the reserve area, of which more than 250 species belong to the Altai-Sayan endemics.

Since the Altaisky reserve have been established 16 fish species, 2 species of amphibians, 6 species of reptiles, 326 bird species, and 70 mammal species have been found.

As to the fauna of mammals, the Biosphere Reserve is home to 70 species. The following species were included into the Red Data Book of the IUCN: Uncia Uncia Schzeder, Ovis ammon ammon Linnaeus, Haliaeetus albicilla Linnaeus, Falco peregrinus Tunstall. 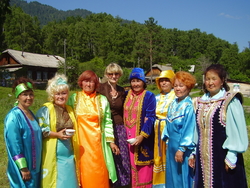 In the transition area population, most economic activities are related to agriculture (farming, cattle-breeding), seasonal hunting, fishing, picking of berries, nuts, herbs etc. Besides, the majority of the population take part in green (rural) tourism development.

Unique archaeological and cultural-historical traditions are associated with the Altaisky reserve area. The indigenous population tribes inhabiting the territory of the reserve are the Teles, Tubalars, Telengits, Kumandins who are considered to be the indigenous small-numbered peoples of Altai. Since the times immemorial they have been custodians and successors of traditions, customs and ceremonies of their peoples, whose culture is closely related to nomadic and semi-nomadic styles of life.