The Yakushima and Kuchinoerabu Jima Biosphere Reserve situated 60km south of the Island of Kyushu is known for the Yaku cedar primeval forest. It encompasses the area inscribed on the World Heritage List, also under the name of Yakushima, and now covers the entire island, as well as the island of Kuchinoerabu and the marine area surrounding both. It is famous for the Yaku cedar primeval forest, and it includes Yakushima World Natural Heritage site which was inscribed in 1993. 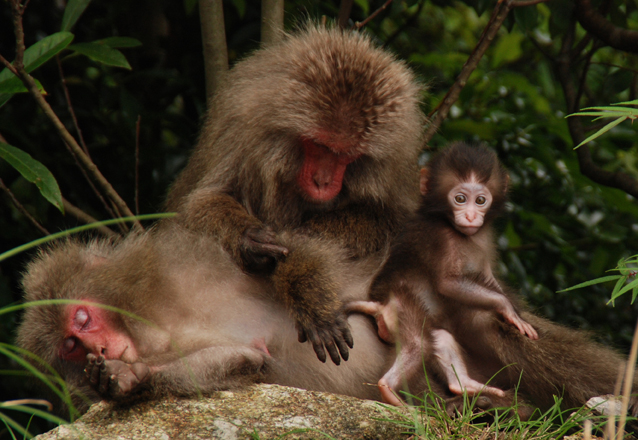 Yakushima is a round-shaped island with an area of 504km2 and 132km in circumference, situated on the sea of 60km south-southwest away from the Cape Sata, the southernmost tip of Kyushu Island. Around the highest peak of Mt. Miyanoura of the highest mountain in Kyushu region (1,936m) in the centre of the island, there is a mountain range of 7 mountains reaching 1,700m high and over 45 mountains reaching 1,000m high. There are coastal terraces along the coast from the northeast to the south, where gravel in the Alluvium era is accumulated. Miyanoura River, Anbo River, and Nagata River flow from the mountainous area, and form Oko Waterfall with a fall of 88m and Senpiro Waterfall with a fall of 60m. Due to these unique features, Yakushima is selected as one of the top 100 sites of geological structures in Japan in 2007 by the selection committee of Japan’s top 100 sites of geological structures.

Kuchinoerabu Jima is a gourd-shaped island with an area of 38km2 and 50km in circumference, situated about 12km west-northwest from Yakushima. The narrow part separates the island in the old and young volcano groups; Shin-dake and Furu-dake (elevation: 657m) are both still active, and form a unique volcanic landscape with many vents, craters and eruptive fissures. The coastline around the island features sea cliffs. 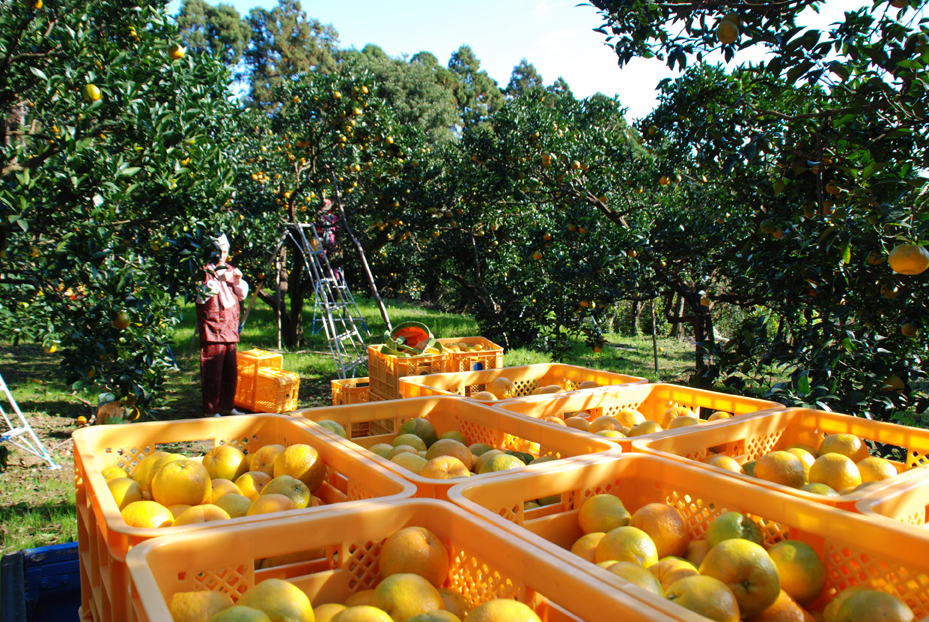 Even though the islands are blessed with nature, however, daily life depends on the outside of the islands including grocery and economic activities. The tertiary industry occupies 70% of industry, and the service industry centring tourism is the major industry. In agriculture, Ponkan and Tankan citrus are the main products, and vegetables such as potatoes, tea, flowers, and white turmeric as material of digestive medicines for home use are also produced.

In December 1993, the area of 10,747ha (21% of the island) containing the mountainous area was registered as the first world heritage site in Japan as well as Shirakami-Sanchi. Nagata-hama beach was recognised in 2005 by the Ramsar Convention as a spawning ground and crucial stopping point for the largest number of loggerhead turtles in the North Pacific Ocean in November 2005.