Xilingol Grassland comprises the main body of Inner Mongolia natural grassland, one of the four grasslands in China, where is the most representative temperate true steppe composed of bunch and rhizome grasses (stipa, leymus chinensis), and the most intact part of the eastern Asia subregion of the Eurasia steppe region that are much valuable in terms of conservation and scientific research. 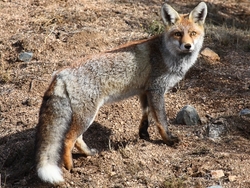 The reserve hosts landforms of hills, downlands, valleys, grassland, lava terrace, eolian sandylands etc., in which grassland is the most important one. The Xilingol reserve is a mosaic encompassing 4 ecosystems of typical grassland developed over chestnut soils under semi-arid climate, meadow grassland distributed over chernozems with semi-humid climate, sandyland forests distributed over grasslands, and valley wetlands.  There are the Xilingol River, Zhagesitainor Lake and some others dotted over the rolling grassland. The multiple and complex ecosystems and rich fauna and flora resources form a world class temperate typical grassland community with naturally combined grasslands, forests, rivers, lakes and sandylands, where is an ideal site for studies and site monitoring of grassland ecosystems. 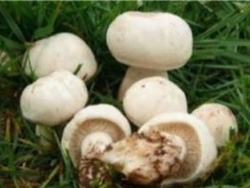 Before 1950, the area was used by nomadic Mongols as pasture land. After the establishment of four state-run livestock farms for breeding fine-wool sheep, 13% of the inhabitants of the biosphere reserve (in total 125,850 people in 1999) live on these farms whereas 87% in the town of Xilinhot. The population of this city has rapidly expanded with increased investments in mining and oil industry. People are mainly ethnic Han, but there are also about 28% Mongols in the biosphere reserve.

In recent years, the reserve has seen a significant area decrease of its cropland and increase of forestry. The agriculture has been restructured and transformed from traditional plantation of potatoes and wheats to producing ecological and tourist agricultural products of high added values, such as the original grassland mushrooms being exported to Japan and Korea. Ecotourism brings tourist revenue and increases farmers’ income. There are 49 “herdsmen’s houses” in the transition zone of the reserve. With annual income at CNY 50,000 –100,000 each, and the most around 200,000, tourism has become a main channel of some farmers’ income in the transition zone.