Located on the border of the Russian Federation, in the North-Eastern part of East Kazakhstan, the mountain-taiga forests of West Altai Biosphere Reserve are largely untouched. They include the only black taiga forests in the country, as well as Siberian and dark taiga. Wolverines and musk deer live in the biosphere reserve, which is on the seasonal migration routes of wild ungulates, such as elk, deer and wild boar. The local fauna includes more than 160 bird species, 129 of which nest in the region (black stork, golden eagle, peregrine falcon, gray crane, eagle owl). Mining and agriculture, mostly for wheat, potato, sunflower and beet crops, are the main economic activities in the biosphere reserve. 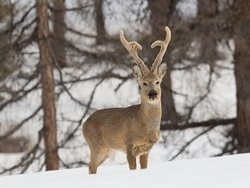 The West Altai Biosphere reserve in Kazakhstan is charactized by its mid-mountain taiga and high-mountain alpine landscapes of the steppe zone of the temperate zone of Eurasia. The distinct characteristics of this biosphere reserve can be found in the alpine swamp complex Gulbische, the granite remnants of Linea Pillars, and the Big Turgusun river. West Altai is distinctive in its large variety of forest vegetation including larch forests, dark coniferous mountain taiga, black taiga, cedar-larch mountain taiga, pine forests (on granite), and spruce forests (in river valleys). 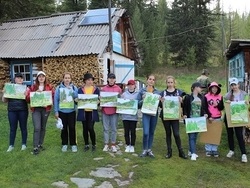 The West Altai Biosphere reserve boasts a population of 60,900 inhabitants. Within the biosphere reserve many of the inhabitants are engaged in mining and agriculture. The main crops grown are wheat, potatoes, sunflowers and beets, while the main livestock animals are sheep, horses and cattle. Within the West Altai biosphere reserve is a striking archaeological burial ground of thirty barrows arranged in chains, indicating ancient leaders of the nomadic tribes to be buried here. The three main settlements of the region are the town of Ridder, the village of Poperechnoye, and the village of Kutikha.