Located at the Southernmost tip of the Korean Peninsula, the Wando Archipelago comprises 265 islands. Wando is situated in the ecotone where terrestrial and marine ecosystems meet. This leads to a diverse range of ecosystems including wetlands, tidal flats, and neritic zones.

The rich biodiversity is particularly due to the warm oceanic climate that results from the northwesterly winds being blocked by the Haenam Peninsula. Marine areas account for almost 90% of the biosphere reserve. 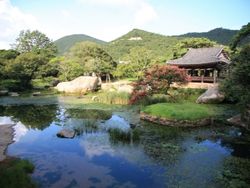 Warm-temperate evergreen broad-leaf forests cover the mountain slopes and stretch along the coasts of Wando, which features a variety of ecosystems including salt marshes, rocky habitats, sandy areas, tidal flats, and intertidal and sub-littoral zones extending into the sea, which hosts an equally rich diversity of marine wildlife. 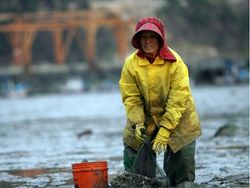 The inhabitants recognize that these sustainable practices and a healthy environment add a significant value to their archipelago’s seafood production and tourism.