Wakatobi is an acronym for the four main islands of Wangi-Wangi, Kaledupa, Tomia, and Binongko that, together with smaller islands, comprise the Tukang Besi Archipelago at the southeastern tip of Sulawesi. The archipelago is renowned for the diversity of its spectacular coral gardens. Wakatobi’s 3.4 million acres of islands and waters were declared a national park in 1996.  The ethnically diverse human population strives to make the area a learning laboratory in areas such as fisheries and agriculture. 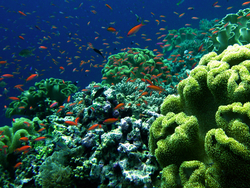 Wakatobi has diverse ecosystems with many marine and coastal species of sea grass, coral reefs, fish used both for consumption and for sale, sea birds, turtles, cetaceans, and mangroves. There are about 590 fish species, 396 coral reef species, 22 major and 11 associate mangroves species and 9 of the 12 sea grass species found in Indonesia. 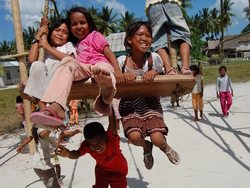 The population of the district of Wakatobi is around 103,450 people, spread across 64 villages. The population consists of various ethnic groups: Wakatobi, Bugis, Buton, Java and Bajau. Most of the population uses the Wakatobi marine resources as a source of income/livelihood. The fisheries sector is the most important employer (94 %), especially deep sea and coastal fisheries. The agricultural sector is mainly for domestic/subsistence consumption. Farmers grow cassava, maize, tubers and beans.

Wakatobi seeks to become a learning laboratory for researchers, students, local government, NGOs, the public and private sectors, and other stakeholders.