The Tang-e-Sayad & Sabzkuh Biosphere Reserve is located in the southeast of Chahar-mahal and Bakhtiari province in the Islamic Republic of Iran. Land subsidence, geological activities and melting ice caps have formed several wetlands in the area inhabited by rare fauna such as the wild cat (Felis silvestris) and lebetine viper (Vipera lebetina). Research shows that 22 fish species, including the Pike barb (Esox niger) and mesopotamian catfish (Silurus triostegus) are found in the Karun River, which runs through the proposed area.

During the cold season bushlands in the area welcome migratory birds such as the white stork (Ciconia ciconia) and greater flamingo (Phoenicopterus roseus). 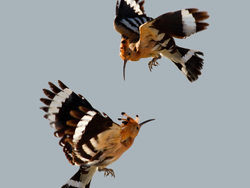 The main landscape of the reserve is highly distinctive in terms of the height and density of its plant coverage. According to research conducted in the area, every hectare is 180 times more valuable than average land in Iran in terms of richness of plants and wildlife diversity. The region is also mountainous with waterfalls, wetlands and abundant springs, which function as a permanent basin for the Karun River, the biggest river in Iran.

Various oak species cover the highlands while wild pistachio and almond cover the lower lands. Lote, walnut and pear trees are also scattered about the reserve. Depending on the habitat conditions, oak-mastic and other combinations of other tree or shrub species, such as hackberry, hawthorn and Arjan, exist alone or in groups constituting the forest areas. More than 450 plants species can be found in the reserve.

The variety of ecosystems creates a valuable fauna population. These include 27 mammal species such as the Syrian brown bear (Ursus arctos syriacus) and striped hyena (Hyaena hyaena), 147 bird species including the greater flamingo (Phoenicopterus roseus) and white stork (Ciconia ciconia), 26 reptile and amphibian species such as the snake-eyed lizard (Ophisops elegans), and 24 fish species including the mesopotamian catfish (Silurus triostegus).

The Choghakhor Wetlands were designated a Ramsar Wetland Site. 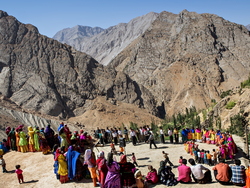 High levels of natural resources have drawn Lor, Turk, Bakhtiari and Arab tribes to the region, some of which have practised nomadic ways of life at various locations in the region of Tang-e-Sayad and Sabzkuh. This has led to the utilization of pastures, agricultural lands and orchards for tribal livelihood activities and contributed to the socio-economic life of populations and villages.

Historical documents indicate that prior to the migration of Aryans and the settlement of Lur tribes in the region, the area was inhabited by nations known as the Kasi and Elamites. Local excavations have discovered remains dating back a minimum of 40,000 years, including items from the Palaeolithic, Mesolithic and Neolithic periods. Other historical remains include castles and other structures built by the Bakhtiari Khans.