Located in Southeast Queensland, a short distance from Brisbane, the area features a picturesque coastline, dunes, beaches, extensive waterways and wetlands, as well as a range of mountain in the hinterland. Home to two First Nation groups, the Kabi Kabi and Jinibara peoples, the biosphere reserve sustains a highly valued natural environment and rich biodiversity, particularly in the 2,585 km2 terrestrial and marine protected areas. It supports both traditional and cutting-edge economic activities, including strong food, agribusiness and tourism sectors. The region receives about 8 million visitors per year. 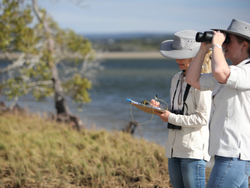 With a subtropical climate and a long coastal strip, the Sunshine Coast is a region where two climate zones meet and overlap. Tropical habitats that extend southward are intermingled with temperate habitats extending northward to form a unique region which showcases the landforms and rich biodiversity of both climate zones and enriches the biological diversity of the region.
The natural environment in this region is a living network of landforms and catchments, wetlands, waterways, terrestrial ecosystems, coastal foreshores and marine waters. It includes the smallest lichen on Mount Coolum through to the tallest eucalypt in the hinterland, the humble brush turkey to the striking Richmond birdwing butterfly, the rarely seen water mouse to the towering Glass House Mountains and the internationally (Ramsar) recognised Pumicestone Passage. 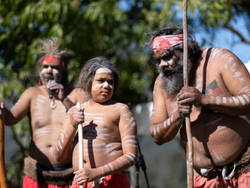 The Sunshine Coast is shaped by a rich Indigenous and multicultural history, resulting in multiple land uses and land users. The Traditional Owners are custodians of the land and provide local knowledge of traditional ways of using the land.
It was the 1960s that marked a new era for the Sunshine Coast with major social changes resulting from a movement away from a hinterland based rural farming economy to a new focus on coastal development, accompanied by the growth of the tourism industry.