The Sary-Chelek Biosphere Reserve is situated in the westernTien Shan Mountains on the southern spurs of theChatkal Range in the west of Kyrgyzstan. 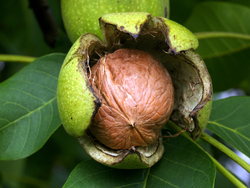 The Sary-Chelek Biosphere Reserve is situated in the western Tien Shan Mountains on the southern spurs of the Chatkal Range in the west of Kyrgyzstan.

The main part of the area comprises a high mountain basin protected to the north, west and east by mountain ridges. The mountain lake Sary-Chelek is situated at about 2,000 meters above sea level, with an area of 470 hectares and a depth of 245 meters.

Due to the protection by the surrounding mountain ranges, winters are relatively mild and rich in snow, and summers are warm and wet.

The elevation of the biosphere reserve ranges from 1,200 to 4,247 meters above sea level. Main habitats comprise forests, meadows, steppes, rocks, and screes and some aquatic areas. The central and lower region is strongly dissected and covered by nut-fruit forestswith walnut (Juglans regia), apple (Malus spp.), pear (Pyrus spp.) and an understory of Prunus divaricata.

This forest can grow here due to the favorable micro-climate, a reflection of the local relief. Many of the fruits found in the forests here have a high socio-economic value. 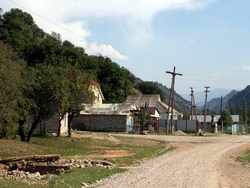 Before the creation of the biosphere reserve, selective loggingof the forest, grass cutting and cattle grazing were practiced. Today, serious problems arise from recreationalactivities, unorganized tourism, thoroughfare through thereserve and construction work on the banks of Sary-ChelekLake. Research in the area has been carried out since 1977.