Saleh-Moyo-Tambora or ‘SAMOTA’ covers an area of 728,484 hectares, comprising five major ecosystems: small islands, a coastal area of mangrove, coastal, lowland and mountain forests, as well as savannah. The Biosphere Reserve is home to 146,000 people of diverse ethnic groups. Its core area plays an important role in conserving the region’s biodiversity while its buffer zone and transition area have agricultural potential for the production of fruit and vegetable, as well as rice, coffee and cacao, and animal husbandry. The beauty of the Tambora Mountains has tourist potential, while the Sumba Island communities attract cultural tourism. 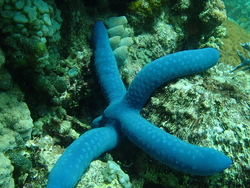 Tambora National Park area with a very wide landscape has a high diversity of plant species. Where the distribution of plants is spread into 3 (three) types of forest ecosystems ranging from seasonal forests, tropical rain forests and savanna forests. The condition of dense vegetation cover forms a solid ecosystem which makes the Tambora National Park region has a strategic role as a life support system to ensure the continuity of ecological functions in the region. 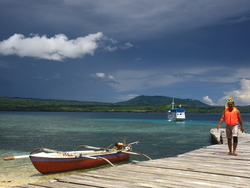 Communities around the Samota area, especially in the buffer zone and transition zone are dominated by farmers and fishermen. Especially for rural communities bordering forests in the management area of ​​Mount Tambora National Park, they use forest areas for farming, grazing, hunting and utilization of NTFPs such as honey and rattan. Only a small proportion of people who search for eyes outside of several professions such as laborers, entrepreneurs and government employees. This means that the livelihoods of communities around the Samota area are closely related to the existence of forest areas.