Nilgiri Biosphere Reserve exemplifies the tropical forest biome, and falls within the Western Ghats system which portray the confluence of Afro-tropical and Indo-Malayan biotic zones of the world.  Biogeographically, Western Ghats is the most important region and one of the noted ‘Hot Spots’ for speciation in the tropics.  The Biosphere Reserve is represented by unique and threatened ecosystems including a host of forest systems, ranging from seasonal rain forests in the low hills, tropical montane forests and grasslands in the higher reaches and moist deciduous to scrub through dry-deciduous towards the plains in the Eastern end.

The region is noted for its rich biodiversity. It houses about 3500 species of flowering plants, out of which 1500 are endemic to the Western Ghats.  The fauna consists of over 100 species of mammals, 550 species of birds, 30 species of reptiles and amphibians, 300 species of butterflies, and a large number of invertebrates and many more species that await discovery by scientists. 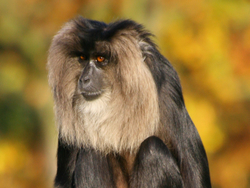 The NBR harbors a wide spectrum of ecosystem types such as tropical evergreen forests, Montane sholas and grasslands, semi-evergreen forests, moist deciduous forests, dry deciduous forests and thorn forests.  Major part of the core areas spread over Kerala and Tamil Nadu States, include evergreen, semi evergreen, moist deciduous montane sholas and grassland types of vegetation. Whereas the core area spread over the State of Karnataka contain mostly dry deciduous forests and a few patches of moist deciduous, semi evergreen and scrub jungles.  These range of ecosystem occur from hilly terrain to the meadows extending from 300 to 2670 m constitute an excellent habitat for the flora, fauna and other microbial forms. 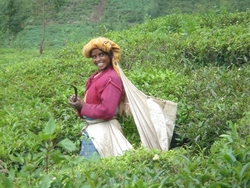 The very name Nilgiris’ with literary meaning ‘blue mountains’ has originated from the spectacular appearance of blue flower clad mountains of the Nilgiris plateau within the State of Tamil Nadu. It is home for a number of tribes, the forest dwelling people with striking countenances and unique rituals and traditions, particularly relating to health care and nature reverence/conservation.

While economic activities are strictly forbidden and only a few activities are permitted in the buffer zone, the transition area is occupied mostly by private agriculture enterprises and degraded forests.

Tourism is a growing activity, which provide an extra income for locals, who work as guides, trekkers, drivers, etc.