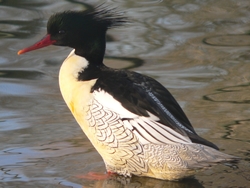 Mt. Paekdu lava plateau has been formed by first volcanic eruption and the Mt. Paekdu and Mt. Potae were made on it by the second eruption. Larch forest ecosystem dominated with Larix olgensis var. Koreana has been developed on the thick layers of pumice by first eruption from the volcanic forest ecosystem dominated with Picea-Abies species and has been developed on the main volcanic area formed by the second ruption. It has rich plant species variation including 830 species of higher plant, 274 Bryophyta, 190 Lichenes and 370 Fungus. It has rich animal species variation including 243 species, 155 genuses, 72 families.

Most activities are related to tourism.