Minami-Alps Biosphere Reserve includes a series of mountains that are above 3,000m and is one of Japan’s few high-rainfall areas, with a maximum elevation above sea level of 3,193m (lowest 180m). Most of the site is made up of forest, with an area characterized by alpine plant communities (flower fields) and dense forest vegetation. This region is vast, with shifts in the environment, and great biodiversity.

The Minami-Alps Biosphere Reserve is home to festivals rich in ancient rites, with discoveries of relics from the Jomon Period, and folk arts that have been preserved and passed down. Inhabitants lived in regions with close connections to the mountains and thus engaged in hunting, fishing, gathering vegetables, and agriculture.

The Minami-Alps Biosphere Reserve intends to strengthen existing interactions between the different regions. It will prevent the isolation of settlements in mountainous regions with steep slopes; improve and maintain the unified values of industry, education, and cultural activities; promote the inheritance of regional cultures by the next generation; and jointly resolve issues and problems of local communities. 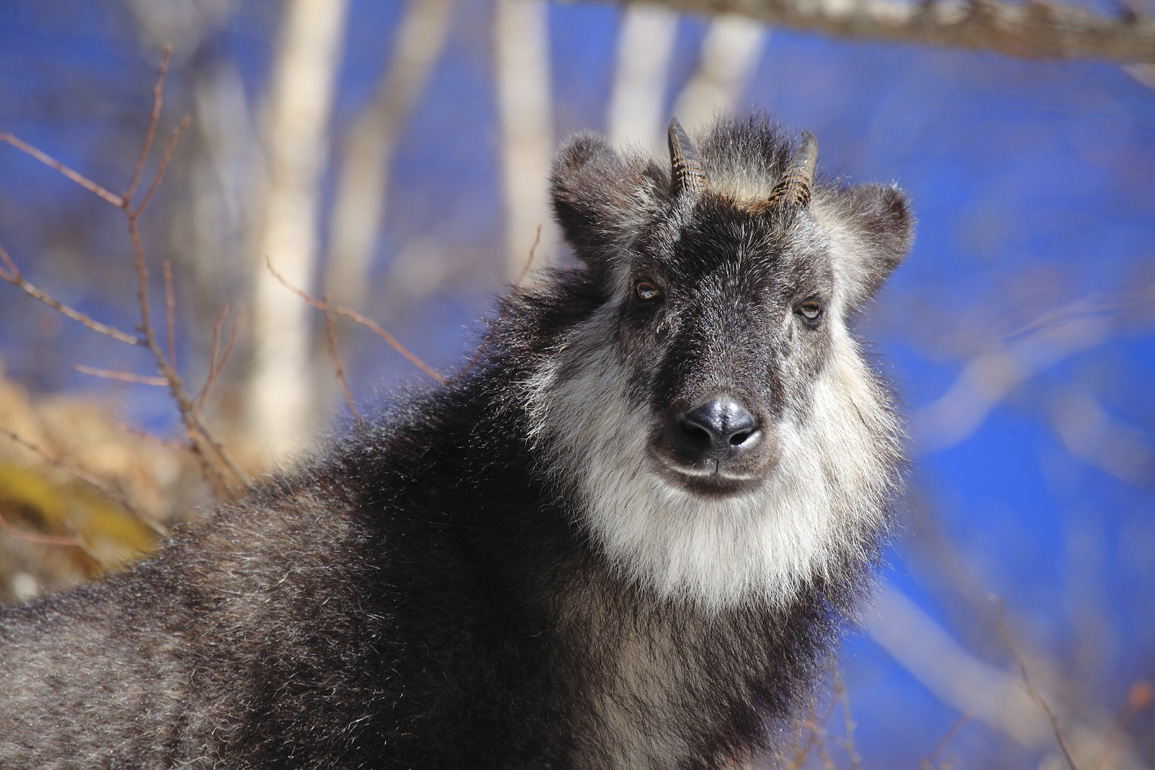 The Minami-Alps Biosphere Reserve is flanked on two sides by rivers and lies within the Palaearctic region which includes the Eurasian continent and the African continent north of the Sahara Desert. The main habitats in the area consist of the alpine vegetation region (with numerous endemic species like Callianthemum hondoense), the subalpine coniferous forest region, the deciduous broad-leaved forest region, and the evergreen broad-leaved forest region. The land cover types include planted forests, agricultural land, and residential areas.

Through its many forests, and with the exception of planted forests, the vegetation of the Minami-Alps is formed from natural and secondary vegetation. It contains both limited primeval natural environment, and regenerated natural forests that were logged in the past. Planted forest environments are mostly disseminated around human habitation and provide wood products (typically conifers) with high market values that are widely distributed in the transition areas. The hills from the subalpine zone contain planted forests of larch, Japanese cedar, Japanese cypress, and Japanese red pine whereas the alpine zone above 2,600m has communities of dwarf stone pines and various other alpine plant communities. Conversely, the lowlands are used for paddy fields, tea fields, deciduous orchards, agricultural land and housing. Within the biosphere reserve are a range of large and small streams, rivers, lakes, and other open water areas in the Fuji River, Oi River, and Tenryu River systems.

The alpine zone in the Minami-Alps has a relict and unique distribution of plants and animals that migrated south along the Japanese archipelago during the ice age. With the alpine zone of the Minami-Alps located at the southern end, it is susceptible to global environment changes, and therefore many species are at risk. Even so, the mountain zone is equally suited for a diverse range of species, featuring large, rare raptors such as the snow grouse (rock ptarmigan), the golden eagle, and species endemic to Japan (serow, Japanese dormouse, Japanese black bear etc). The hill zone includes areas of human habitation, and in managing these, a diverse range of animals suited to these environments can live freely. Furthermore, the large amounts of rain in the Minami-Alps and surrounding regions transform the topography, thereby supporting habitats for several animals in the forest. Species endemic to the alpine vegetation region include: Saxifraga cernua, Pinus pumila and Lepisorus clathratus; the checkered skipper and Sympistis heliophila. 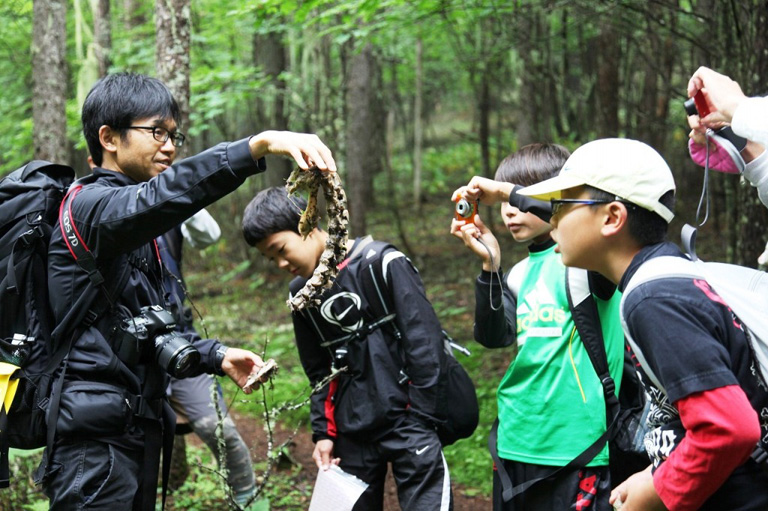 For a long time, people have maintained their livelihood using the rich forest resources within the biosphere reserve through processing and transporting wood, digging for gold, controlling water flowing from the mountains and floods with soil and water conservation projects, thus turning the resulting fertile land into cultivated fields. With the difficulty of growing rice in the mountain valleys, varieties of millet, buckwheat, azuki beans, and paper mulberry (for making Japanese paper), and so on have been grown on burnt fields.

Areas in the lowlands along the rivers or on the alluvial fans in the transition areas are used as agricultural land. There are rice paddies in Nagano and Shizuoka prefectures for growing rice, and orchards on the alluvial fans in Yamanashi for growing grapes, peaches and so on. The Minami-Alps foothills are also used to grow rice, fruit, tea, and other crops that make use of the soil environment. In the Fuji River area (Hayakawa Town), an old fishing method using bamboo cages in rivers to catch Japanese mitten crabs (as well as ayu, eel, dace, carp, and catfish) is still in practice. The charr and amago trout that are caught in the streams have long been an important source of protein for the local residents. Another popular business is the lunchboxes known as Ikawa Mempa which is a traditional folk art that melds bentwood and lacquering techniques, a complex process that is still used today.

Minami-Alps City engages in extensive fruit cultivation, making it possible to taste freshly-picked fruits including cherries, peaches, plums, and grapes. This area is also the origin of a special variety of plum called the “Kiyo”, registered by Guinness as being the best plum in the world (2012). It is over three times the size of a regular plum, and sold as a high-end product in Tokyo. The Minami-Alps Biosphere Reserve contributes to the revitalization of the region by working to increase both quality and brand recognition, as well as the production of agriculture, forestry and fishery products unique to the region, relying on the natural features of the Minami-Alps. The rich natural environment around the mountains is currently used for activities such as hiking, walking, nature-watching, camping, fishing, and skiing, with many resources that could also be used for tourism.