The Langbiang Biosphere Reserve is located in Lam Dong Province. Regional biodiversity is high and includes many endangered species found on International Red Lists. The core area contains a biodiversity corridor that maintains the integrity of 14 tropical ecosystems in the east of southern Viet Nam and across Viet Nam in general. It also functions as the habitat of numerous wildlife species, including several species classified as rare and endangered, such as the sun bear (Helarctos malayanus).

Agriculture, forestry and fishery are the main sources of employment for local communities. Among the cultivated crops, flowers, coffee and tea are the strongest in terms of regional generation of revenue. 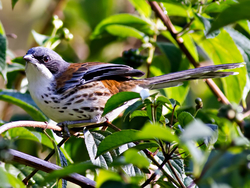 The reserve is located in the northern part of Lam Dong Province in the Central Highlands of Viet Nam. It is one of four national biodiversity centres. The altitude ranges from 650 metres to nearly 2,300 metres with several different forest systems, including middle-mountain evergreen, coniferous broad-leaved mixed forest, primeval forests, high-mountain dwarf forest, mossy forest, bamboo and savannah. The reserve also contains precious trees dating 1,000 years, which are presently ebeing researched by members of the Tree Ring Lab at the Lamont-Doherty Earth Observatory of Columbia University, New York.

The reserve is characterized by rich diversity in vegetation, including Krempf’s pine (Pinus krempfii) forest ecosystems and dwarf forest on hilly topography distributed over 60% of the total forest area. The reserve also includes a total of 1,940 plant species belonging to 825 genera and 180 families, of which 64 are listed in the Viet Nam Red Data Book and 34 are of high conservation value. Plant species play an important role in conservation and pharmaceutical use. They also, include two critical endangered species – Agarwood (Aquilaria crassna) and the spotted orchid (Gastrochilus calceolaris) – and three globally endangered species – dong nai mango (Mangifera dongnaiensis), white meranti (Shorea roxburghii) and Cinnamomum balansae.

The reserve is also home to the Gong culture of the Central Highlands of Viet Nam, which is inscribed on the list of UNESCO Intangible Cultural Heritage. 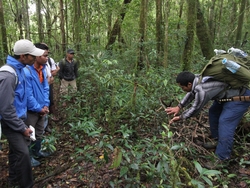 At the end of 2011, the population of the reserve amounted to approximately 570,000 inhabitants, spread over six localities, most of which lived in the city of Da Lat. The main group are the Kinh followed by other ethnic communities including the K’Ho, Tay, Nung and Cham. The employment rate is highest in the tourism, agriculture, forestry and fishery sectors. Among the cultivated crops, flowers, coffee and tea produced the strongest revenue generation in the region.

Scientists and archaeologists have found a large number of archaeological relics during recent excavations in the area. These include Palaeolithic relics found at Dau Voi Stream, Nui Voi, the P’ro Commune and the burial site at Da Don Commune. Also of note is the Gong culture, of the Central Highlands of Viet Nam. The gongs represent the voices of the spirit and the human soul and are used to express happiness, sadness and other emotions during work and daily activities.