The biosphere reserve covers part of the Kopet-Dag mountain range, along the Islamic Republic of Iran’s border with Turkmenistan. The ecological region of Kopet-Dag is an important part of the Irano-Anatolian biodiversity hotspot, whose primary function is the conservation of many of the endangered species in this area. The main economic activities are agriculture and livestock. 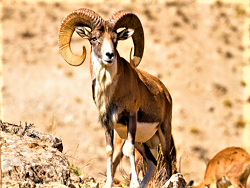 The Kopet Dag is a chain of mountains between the Balkans and the plateau of Iran and Turan. It consists of two mountain ranges with a parallel extent. It covers the most surface area. The northern range consists of Kopet Dagh and Hezar Masjed mountains and southern range consists of Golestan, Aladagh and Binaloud mountains. Mashhad, Quchan, Shirvan, Bojnourd and Garmab plains are located between these two mountains. These ranges are joining together on the west side. Sarakhs plain is located in the eastern part of the region on the margin of Turkmenistan plain and Karakum desert. And Gorgan plain is located on the eastern side of the Caspian Sea.

Mountain Forests and Woodland regard most of the site which cover 79.6% of the area. The mountain corridor has been a breeding center in the area probably from the pleistocene era. There are 169 important plant species and 52 major animal species occurring in the area, including many endemic species. The fauna and flora of Mesopotamia, which have not been able to withstand droughts in the low altitude of the adjacent land, occur in the area. The varied biodiversity is directly involved in the provision ecosystem services. For example, aromatic plants (such Ferula sp.) are common resources of food, juniper woods (Juniperus sp.) can be used as fuel, bees and wild pollinating insects play a crucial role in agricultural crop pollination. 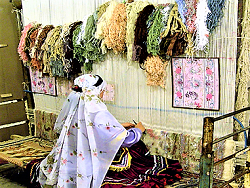 The reserve is located in the vicinity of the two rural districts of Jirestan and upper Qushkhaneh, spread in 19 villages. The main indigenous people of this region are the Kormanj (Kurdish) and Tukmen tribes, whose lifestyle shows strong and unique ties with natural systems. The nomads in this area include Ezanloo, Milanloo, Deiranloo, Bicharanloo, Bachuanloo and Bachkanloo. They use the rangelands as the summering and wintering grounds.

There are also a number of villages in the southern and southeastern parts of the region, whose inhabitants are mostly from the Kormanj Kurds, and their main occupations are mostly livestock and a number of them are engaged in agriculture and horticulture. These villages are among the most important inhabited villages in the area, including Namanloo, lower Milanloo, Kaltemanloo, Charmeh, Zeinadanloo, Takht, upper Milanloo, upper Sirseparanloo, lower Sirseparanloo, upper Kurkanloo, Malavanloo, Kuseh, Kalateh Nazar Ali, Al Khas, Ghapez, Sarani, Sardab, Kalatheh Zaman and Kheirabad. The village of Sarani is the only village on the borders of buffer zone. The village of Namanloo, with 840 people, has the highest population in the reserve.