The biodiversity surrounding lake Khuvgul is unique to Mongolia. These vast areas are untouched and uninhabited by humans, which enables the growth of rich, fragrant and brightly coloured wild plants. Its varied ecosystems are home to a variety of unique species including some that are rare and endangered such as snow leopards, ibex, Siberian musk deer, moose, reindeer, red deer and brown bears. Approximately 7,000 people live in the biosphere reserve, where they engage in animal husbandry, tourism and the use of natural resources. Local inhabitants and people from neighbouring districts harvest nuts and fruits during the autumn season.

Administration of the Ubsunorskaya Kotlovina Biosphere Reserve in Russian Federation 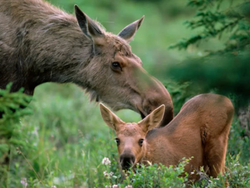 The natural formations are steep mountains, rocky cliffs, deep dense taiga with abundant rivers and swamps, hence there are encompassing vast areas that are untouched and uninhabited by humans. The vicinity of the Khuvsgul Lake consists of various distinctive natural zones such as tundra, sub-tundra, taiga forest, forest-steppe, and mountain-steppe that are home to a variety of unique species that reflect the features of the region. 286 species of birds live temporarily and permanently in this region based on various landscapes and habitats such as high mountains, forests, forest steppes, and wetlands. Out of about 1,100 species of insects registered in Khuvsgul Region, 335 species of beetles are classified to 459 genera of 28 families, 215 species of butterflies classified to 10 genera of 13 families, 65 species of aquatic insects classified to 16 families and 96 species of mites. 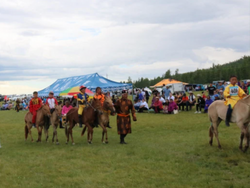 People with Uriankhai and Buryat ethnic backgrounds rely on animal husbandry and livestock by selling their dairy products at the market and tourist camps, sell their handicrafts, and provide horse-riding services during the tourist season.