The Karimunijawa-Jepara-Muria Biosphere Reserve in Central Java Indonesia is located in the mountainous region surrounding Mount Muria. It is critical in preserving the biodiverisity of the central region on the island of Java. It includes a large variety of ecoystems including small islands, marine ecosystems, as well as lowland and mountain tropical rainforests. 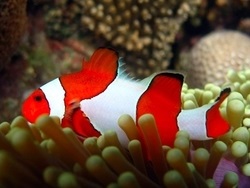 Karimunjawa-Jepara-Muria’s core area is situated in its beautiful islands. The diverse marine ecosystem hosts a variety of about 69 different hard corals, and 15 sea cucumbers in its marina area. The Karimunjawa National Park is home to a plethora of nesting sites for sea turtles including the Hawksbill and green turtle. Marine species from giant clams (Kima) to Bottled dolphins (Tursiops aduncus) are protected under the law, ensuring a healthy marine biota.
The lowland and mountain tropical rainforests go from 0 to 1,500 metres above sea level. These forests boast a variety of life, with over 130 bird species being registered. The biosphere reserve surrounds Mount Muria, a dormant volcano. The Javanese deer (Cervus timorensis) has been found in the forests and is protected under the law. 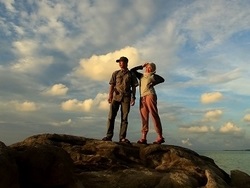 The residents of the region are active in agriculture such as rice-farming, gardens, and horiculture. The marine ecosystem fosters successful aquaculture and fisheries. Coffee and cacao crops thrive in the transitional areas of the biosphere reserve. Its beauty creates successful opportunities for cultural and ecotourism.