Bukit Batu, is a peatland area in Sumatra featuring sustainable timber production and two wildlife reserves, which are home to the Sumatra tiger, elephant, tapir, and sun bear. Research activities in the biosphere include the monitoring of flagship species and in-depth study on peatland ecology. Initial studies indicate good potential for sustainable economic development using flora and fauna for the inhabitants’ economic welfare. 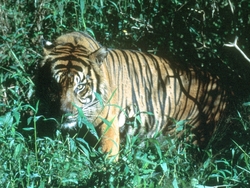 Recognizing as part of the Sumatra peat swamp eco-region, Giam Siak Kecil-Bukit Batu (GSK-BB) posses a unique habitat and plays a significant role to help sustain populations of rare, endangered and endemic species. About 189 plant species, consisting of 113 families and 59 genera are recorded in this area.

29 out of the total number of this plant species are categorized as a protected species under Appendix 1 and 3 of CITES. 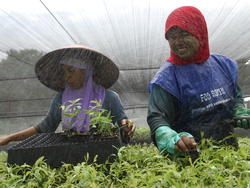