Situated in the eastern corner of Mongolia, this biosphere reserve covers a representative portion of one of the largest intact grassland ecosystems in the world. It is situated on the Mongolian Plateau with an average altitude of about 800 meters above sea level. The main characteristic is rolling steppe, extending for over 200 kilometres along the Chinese border. The landscape is characterized by gently rolling hills with scattered mountains and sand dunes unique to the region. 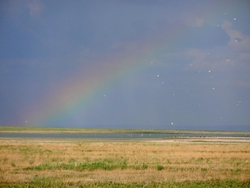 The area is rich in biodiversity, encompassing biological features from the Siberian taiga, Manchurian flora and fauna, and dominated by Central Asian steppes. Some of the largest remaining herds of Mongolian gazelle can be found in the region. These herds make up the largest remaining ungulate population in Asia. Dornod Mongol is home for several globally rare or threatened bird species, and also hosts typical Central Asia fauna and flora in relatively natural settings compared with other Asian steppe ecosystems. 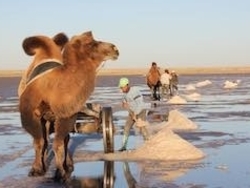 The Biosphere Reserve is sparsely populated with around 11,800 people, and the pastoral population depends largely on the environment. Due to the remote location of Dornod Mongol, the pastoral lifestyle and culture in the region have remained relatively intact, and offer possibilities to preserve this culture that has evolved hand in hand with nature over many thousands of years.

The region is being targeted as the next frontier of economic development in Mongolia. This includes oil exploration and extraction as well as mining. These activities could create conflicts between local herders and community interests, and this could also have potentially negative effects on biodiversity. As these developments are in their early stages, Dornod Mongol, as a Biosphere Reserve, has the potential to serve as a model system in reconciling opposite interests in the remote and sparsely populated areas. In most places in the country, large-scale tourism is not a realistic mean to foster local economy and human development and hence there is a need to develop a variety of small-scale business opportunities. The management plan for Dornod Mongol is currently being updated and covers the period from 2019 to 2023.