The Cu Lao Cham-Hoi An Biosphere Reserve is located in the central part of Viet Nam and consists of two core areas: the World Cultural Heritage Site of Hoi An and the Cu Lao Cham archipelago. The archipelago is renowned for its marine species including corals, mollusks, crustaceans and seaweed. The islands contain mountainous areas and rainforest ecosystems strongly influenced by seasonal monsoons. The Cultural World Heritage Site of Hoi An is an ancient trading port bearing witness to the fusion of Vietnamese and European cultures. 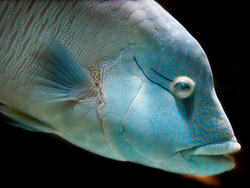 Topographical formations of maritime-marsh origin lie to the east of the township of Hoi An in the villages of Cam Chau, Cam An and Cam Thanh, and stretch along the coast south of the Thu Bon River running past Trung Phuong (Duy Xuyen district). The most typical are deposits found at Cam Chau, which reach a maximum height of 0.8–1.2 m and comprise black, muddy sediment indicating the presence of organic matter. These deposits provide evidence of ancient seas which receded leaving behind swamps and marshes that gradually filled up. They are approximately 2,000 years old.

There are two core areas where long-term conservation focuses on preserving land/seascape diversity with a view to conserving ecosystems, habitats, species and genetic resources intact, and preventing disturbance by human populations. The corridor between the two core areas is considered the ecological buffer zone and transition area linking the river mouth (Cua Dai) and the archipelago. This zone contributes substantially to the recovery of marine ecosystems in the area.

The area boasts a very rich biodiversity. According to research, there are 947 kinds of creatures living around the marine area of the islets, including 178 species of fish, 122 species of seaweed, 134 species of coral, 144 species of shellfish, 25 species of crustacean and many other marine species. Characteristic fish species include the coral grouper (Epinephelus coralicola), bumphead parrotfish (Bolbometopon muricatum), angelfishes (Pomacanthidae) and the endangered humphead wrasse (Cheilinus undulates). 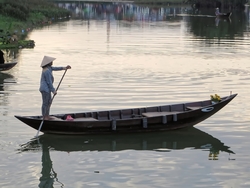 Approximately 84,000 people live in the area. Fishery is the main economic activity but tourism is regarded as a sector with strong economic potential.

During the sixteenth and seventeenth centuries, Hoi An was a meeting place for migrants from different parts of Viet Nam and people from other countries, especially Japan and China. Christoforo Borri’s memoirs and other documents of the time make clear that early seventeenth century Hoi An contained Japanese and Chinese districts, each with its own governor and regulations. Later on the Dutch East Indies Company established a trading post in the township.