Located in the most elevated part of the Central Kazakh Uplands, Burabay is best known for its many lakes: 14 of these lakes cover a combined surface area of more than 100 km2 and there are numerous smaller lakes. It is highly representative of the biodiversity of the forest-steppe Eurasian ecotone. Besides agriculture and mining, the area has been a popular tourist destination since the creation in 2005 of the Shchuchinsk-Borovoye Resort Zone, thanks to its proximity to densely populated regions, in Kazakhstan and the Russian Federation, and good air, rail and road connections to them. 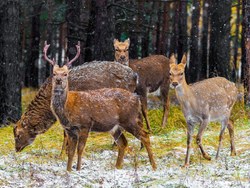 The vegetation of the biosphere reserve territory is represented by six main types: forest, shrub, steppe, meadow, marsh and salt marsh. A significant area is occupied by pine forests (Pinus sylvestris), as well as birch-pine and pine-birch (Betula pendula, B.pubescens). 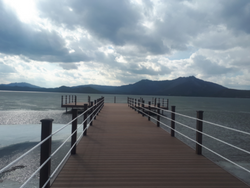 Burabay district is a major supplier of agricultural products. On the territory of the district center - Shchuchinsk- there is a large railway junction, enterprises of industry, transport, services, a complex of cultural, educational and healthcare institutions.
The Shchuchinsk-Borovoe resort area is located on the territory of the district, which determines the further development of the economy. Therefore, the most significant industries are the agricultural sector and the tourism business.