The Bromo Tengger Semeru-Arjuno biosphere reserve is located in the province of East Java and encompasses an active volcano, Mount Bromo (2,392 m asl). There are 1,025 reported species of flora of which 226 species are orchids and 260 are medicinal and ornamental plants. Plant families commonly found in this area include Fagaceae, Moraceae and Anacardiaceae. Some of the mammal species found in the core area are included on the Red List of Threatened Species of the International Union for Conservation of Nature (IUCN). 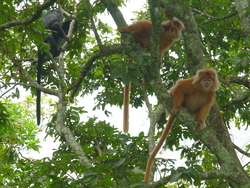 The Bromo Tengger Semeru-Arjuno Biosphere Reserve is located on Java Island (East Java) and forms part of the Indo-Malayan region. The biosphere reserve lies in the mountainous area of an active volcano, Mount Bromo (2,392 m  asl), and Tengger Semeru, Arjuno and Mount Welirang. The core area of the reserve incorporates mountains with an altitude of over 1,000 m above sea level covered with tropical rainforest. Several types of terrestrial ecosystem are found in the reserve including cultivated areas, secondary forest and primary forest. The primary forest  also includes lowland rain forest, mountain rainforest, desert, savannah and sub-alpine ecosystems. In addition, the reserve incorporates lakes, aquatic and riparian ecosystems. 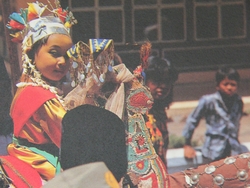 The reserve has a total population of approximately 750,000 inhabitants, of which 2,000 live in the core area. The majority of the local population belongs to the Tengger tribe, living on the slopes of Mount Bromo and Semeru. The Tengger community still adheres to ancient ways of Javanese culture and Hindu Dharma and practises different modes of life compared with other Javanese tribes. The other major ethnic groups in the reserve are the Java, Madura, China and immigrant communities from various islands in Indonesia.

The main economic activities are tourism, agriculture, animal husbandry, and timber and non-timber forest products gathering. The Tengger community holds specialized knowledge of managing natural resources and the associated environment, such as knowledge about signs provided by nature, the use of natural resources and means to ensure their preservation.