The Arjan and Parishan Biosphere Reserve is situated in the Zagros Mountains in the Caucaus-Iranian highlands, and encompasses terrestrial as well as water habitats. Significant differences in elevation throughout the reserve result in a rich diversity of flora and fauna. People living in the area derive their livelihoods from agriculture, animal husbandry and carpet sewing, and in the transition area from industry. 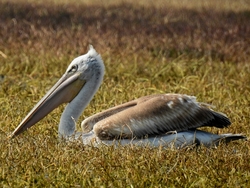 The Arjan and Parishan Biosphere Reserve has two entirely different climates and elevations ranging from 800 m to 2,400 m. This has resulted in diverse living conditions and habitats throughout the area, which include the Zagros forests in the central and southern parts, the Miyankotal highlands, and the Arjan and Parishan wetlands.

The existence of two wetlands in the area provides a wide variety of aquatic fauna and flora species to the biotic community of the reserve. Recent studies carried out in the Fars Province identified 2,253 species of flora and 398 species of fauna (including 60 mammal species, 43 fish species, 41 creeper species and 4 amphibian species) in the area.

The biosphere reserve has been listed as a Ramsar site, meeting the ecological and biodiversity criteria of this universal convention. 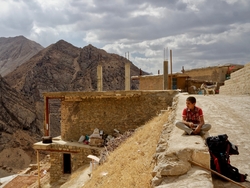 The area encompasses 29 villages, of which only 17 are concentrated around the Parishan wetland with the remainder scattered throughout the reserve. Additionally, a large number of nomads spread out across the reserve during the summer. Taken together, the reserve serves a constant population of approximately 14,000 people and more than 4,500 nomads.

The rural population inhabiting the reserve is drawn mainly from three tribes: Fars, Arab and Turk. Agriculture is the main economic activity in the area, while the people living near the wetlands practise traditional fishery and those on the eastern edge of the wetlands rear livestock and produce dairy products.

The principal problems facing the biosphere reserve are the result of land use changes for agricultural use, groundwater depletion, overgrazing, and illegal hunting and fishing. The need to increase public awareness of these issues and review license rights is therefore a key challenge in the reserve.