Located in the Western Ghats in the south of the country, the Agasthyamala Biosphere Reserve has peaks reaching 1,868 m above sea level. Consisting mostly of tropical forest, the site is home to 2,254 species of higher plants including about 400 that are endemic. It is also a unique genetic reservoir of cultivated plants, in particular cardamom, jamune, nutmeg, pepper and plantain. Three wildlife sanctuaries, Shendurney, Peppara and Neyyar, are located in the site, as well as the Kalakad Mundanthurai Tiger reserve.

A number of tribal settlements comprising a total population of 3,000 inhabit the biosphere reserve. They rely largely on biological resources for their sustenance, although recent projects have been set up to reduce their dependence on the forests. 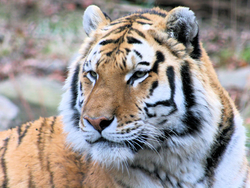 The Agasthyamala Biosphere Reserve is located in the southernmost end of the Western Ghats and incorporates peaks towering 1,868 m above sea level. It covers 3,500 km2 and encompasses tropical forest ecosystems that fall within the Tirunelveli and Kanniyakumari districts of Tamil Nadu and the Thiruvananthapuram and Kollam districts of Kerala, Southern India. It hosts one of the most diverse ecosystems in peninsular India and constitutes an important biogeographical ‘hot spot’ within the Western Ghats.

The reserve hosts 2,254 species of higher plants including about 405 endemics. The area is also a unique genetic reservoir of cultivated plants, in particular cardamom, jamune, nutmeg, pepper, plantain and so on. 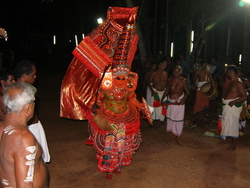 The reserve is home to Kani tribes from both Tamil Nadu and Kerala, which number in total approximately 30,000 inhabitants. The community uses a wide variety of biological resources for sustenance but is rarely involved in their commercialization. In addition, about 700 non-tribal inhabitants live on tea estates located in the core area.

The Agasthyamala Biosphere Reserve occupies a prominent place in the cultural heritage and history of India. In particular, its prominence in the epic Ramayana has made it a famous site for Hindu pilgrimages.