The Achanakmar-Amarkantak Biosphere Reserve is the most dramatic and ecologically diverse landscape in the Chhattisgarh and Madhya Pradesh states of India. It is one of the less developed and least disturbed areas in both the states. It encompasses most of the original natural and cultural features. 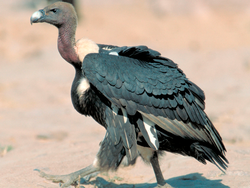 The Achanakmar-Amarkantak Biosphere Reserve is located at the junction of hill ranges, with topography ranging from high mountains, shallow valleys and plains.  Moist deciduous forests constitute 63% of the area. It is very rich in flora and fauna due to its tropical moist deciduous vegetation which covers the majority of the area and tropical dry deciduous vegetation to its southern part, minimum disturbed landscapes, endemism and genetic variation. It has nearly 1498 plant species belonging to 799 plant genera from thallophytes, bryophytes, pteridophytes, gymnosperms and angiosperms. There are 3 endemic and 282 regionally rare species and 39 different categories of globally threatened floral species. In animals, there are 327 species belonging to 256 genera of invertebrate and vertebrate fauna besides many taxonomically undescribed species. The Biosphere Reserve is home of 67 threatened faunal species, belonging to various categories of global threats as per IUCN 2001 categorization like Four horned antelope (Tetracerus quadricornis), Indian wild dog (Cuon alpinus), Saras crane (Grus antigone), Asian white-backed vulture (Gyps bengalensis), Sacred grove bush frog (Philautus sanctisilvaticus).

The geology of the area is unique and varied from schists and gneisses with granite intrusions, to sand stones, shales, limestone, basaltic lava and bauxite. The soil varies in composition and texture from sandy to loamy-clays, generally light brown to brownish and olive green clay at some places. Red soil due to presence of iron oxide which is porous and fertile, alluvial soil on the banks of numerous streams in the tract and black cotton soil in many areas, support a large number of ecosystem and species. Soil and moisture conservation, construction of check dams, rehabilitation of degraded bamboo forests, grass meadow development and conservation of landscapes are being done to improve the ecosystem. 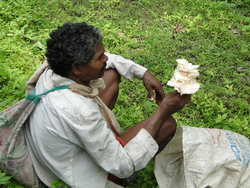 Twenty-seven tribal and non-tribal communities inhabit 418 villages. The total population of the area belonging to 27 communities as per the last census (2001) is 436,128 habitants.  The main occupation is agriculture (including production of medicinal plants), bamboo handicraft and non-timber products produced in the buffer zone and transition areas.