The Socotra Archipelago is located off the Horn of Africa, at the crossroads between the Red Sea and the Indian Ocean. It is recognised as a regional centre of biodiversity, with spectacular endemic species such as the Dragon Blood Tree (Dracaena cinnabari). Socotra has a rich cultural heritage, including the unique Soqotri language. Isolated from the rest of the world, traditional land and sea uses remained little changed until the 1970s. 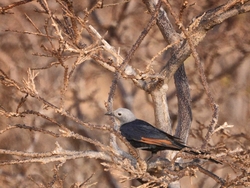 Socotra is globally important for biodiversity conservation because of its exceptionally rich and distinct flora and fauna. 37% of Socotra’s plant species, 90% of its reptile species and 95% of its land snail species do not occur anywhere else in the world. Socotra is of particular importance to the Horn of Africa’s biodiversity hotspot and, as one of the most biodiversity rich and distinct islands in the world, has been termed the “Galápagos of the Indian Ocean”.

Socotra is particularly important for its diversity of plants and has 825 plant species of which 307 (37%) are endemic. Socotra has high importance for bird species as underlined by the identification by Birdlife International of 22 Important Bird Areas on Socotra. Socotra also supports globally significant populations of other land and sea birds, including a number of threatened species. The marine life of Socotra is also very diverse, with 253 species of reef-building corals, 730 species of coastal fish and 300 species of crab, lobster and shrimp. 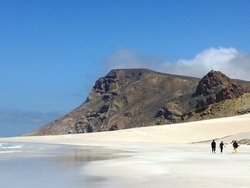 The challenge of the Biosphere Reserve is to ensure better living conditions for its 30,000 inhabitants based on the sustainable use of natural resources. A part of the population stayed nomadic and semi nomadic due to the transhumance grazing system. The rest of the population are fishermen, farmers or depend on tourism.