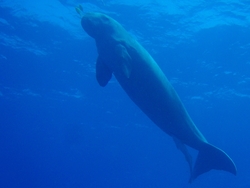 The Marawah MBR issignificant in terms of biological diversity conservation since most of the marine and terrestrial species are present in the area. The total area of the MMBR also represents ca 4% of the total area of the country. The habitats within the MMBR are considered to be of national and regional importance.

The MMBR is of global importance as a shelter and feeding ground for dugongs. The area also provides crucial nursery and spawning grounds for a wide variety of fish species and is regionally important as a foraging habitat for hawksbill and green turtles. Furthermore, the islands inside the protected area provide important nesting sites for hawksbill sea turtles and a number of migratory birds.

The area is also of significance culturally and archeologically with more than 20 fossil and archeological sites recorded on various islands within the MBR dating back to the 16th century. In addition to that new evidence of a Neolithic settlement has been recorded on Marawah Island. 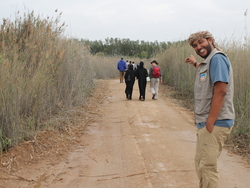 All of these traditional fishing activities were evaluated and modified to ensure that they are environmentally friendly.