This reserve is constituted of the Al Dair massif, composed of dry savannah woodlands, forest ecosystems and a network of streams. It is one of the few remaining areas with rich biodiversity of the semi-arid region of North Kordofan. The site counts 112 plant species, most of which are of medicinal and aromatic use. There are also 220 species of birds and 22 species of mammals and reptiles. 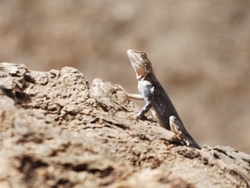 Over 112 plant species in the Biosphere Reserve have been recorded, including 95 species of medicinal and aromatic plants. The dominant plant species in the upper slopes and escarpments ecosystem are Boswellia papyrifera, Dichrostachys cinerea, Acacia tortilis, A. mellifera, A.etbaica, Terminalia spp, Anthephora hochstetteri and. Combretum glutinosum.  It should be noted that most of these plant species are very rare and endangered and not found elsewhere in North Kordofan. There is very special ecosystem named "Fawas". A total of 20 fawas were identified in the Biosphere Reserve.

Although the exact number of the wildlife species is yet to be determined, but twenty two mammalian species have been recorded on the mountain, of which the most prominent were Greater kudu, Baboons, Hyraix (Keko), and others.   Last count of wild animals during 2016 showed that 150 kudu  and 1000 Keko were seen. It is noticed that monkeys, baboons and reptiles have increased in numbers. With regards to the vegetation; Gana trees and many other plant species had increased in abundance and density. About 220 species of birds are seen in the Jebel. 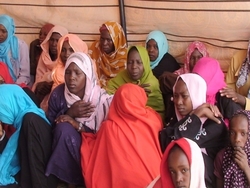 The intact natural vegetation in the Biosphere Reserve is valued by the local stakeholders as an economic source for their livelihoods. From the result of the recent socio-economic study conducted during March 2012, it is clear that the local inhabitants gain benefits from the Jebel as 28% of them collect wood, 26% use the Jebel for grazing, 23% collect medicinal, aromatic plants and grasses such as Cymbopogon  nervatus, 12% collect fruits and honey, and 9% gain benefits (bush meat) through hunting.