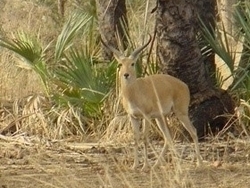 Dinder Biosphere Reserve serves as a vital habitat for terrestrial migratory species which spend the dry season in the park. The park’s extensive wetlands also provide refuge for a large number of migratory birds. 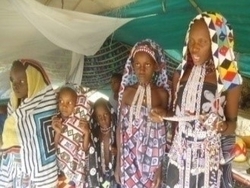 About 7,200 people live within the biosphere reserve boundaries (2001). A recent project in Dinder National Park funded by the Global Environmental Facility aims to preserve biodiversity by encouraging species conservation and the sustainable use of resources through the integration of local communities in the utilization and management of natural resources. The project will develop and implement an integrated management plan, in partnership with the impoverished surrounding communities and with equitable sharing of conservation benefits. The fauna and flora of the park will receive protection and there are plans to re-introduce certain species which have died out in the area, such as the Nile Crocodile (Crocodylus niloticus).