Dana Biosphere Reserve (BR) was established in 1993 with a relatively large area of 300square km. It covers a rugged landscape along the Great Rift Valley, and includes a series of mountain ridges, plateaus and desert plains. The Biosphere Reserve encompasses Jordan's four different bio-geographical zones: Mediterranean, Irano-Turanian, Saharo Arabian and Sudanian penetration. Hence, it is home to the country's most diverse nature.

The Royal Society for the Conservation of Nature - RSCN 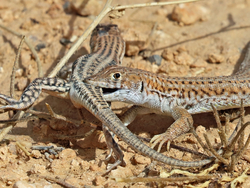 The Biosphere Reserve holds a relatively large representation of biodiversity, which includes 833 species of plants which represent one-third of the country’s plant species. Out of this number, three species were considered new to science. A total of 215 species of birds were recorded in Dana BR which represent 50% of all the bird species in Jordan, and 38 species of mammals which also represent about 50% of the mammal species inthe country. 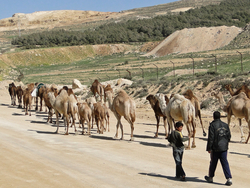 Dana Biosphere Reserve is about 300 square km spreads within Tafilah governarate, the population of villages & populated areas around the reserve is about 33.4 thousand people.

During the last five decades, these villages especially the eastern & northern parts around reserve witnessed substantial development that contributed to the change of lifestyle of the locals from the nomadic, traditional farming and grazing life style into a more settled style living in cement houses with electricity, water and infra structure that helped villagers reach schools andhealth services more easily.

The locals around the reserve are originally from different clans and tribes.

People in upper eastern & northern areas work on farming and depend mainly on jobs in the government and Cement, Phosphatefactories, and Dana Reserve, in addition to livestock grazing.

While Bedouins on western lower areas still dependon livestock grazing beside some jobs in Feynan ecolodge/Dana BR and farming activities.