The suite of ecotypes manifested in the Al-Reem Biosphere Reserve are representative of those found throughout much of the arid, desert-like Middle East biogeographic region. The varied habitat types between higher limestone mesas and low-lying sabkha plains encompass all but a few of the key middle eastern desert ecotypes. In addition, the varied forms of land-use within the Reserve point to a complex mosaic of ecological systems as required by the MAB programme.

Department of Nature Reserves,  Ministry of Municipality and Environment 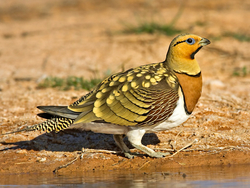 The Reserve constitutes one single land management unit, the Al Reem Biosphere Reserve. The landscape in the Reserve is generally flat to wavy with some prominent hills and the stark-relief mesas of the Zekreet peninsula. Land elevation ranges between 0m to 60m above sea level. Saline swampy mud flats are common along the coastal areas, while rocky elevations and gravel plains are mostly found in the inland parts of the reserve. Notable features include elevated limestone formations (the Dukhan anticline) along the west coast under which lies the Dukhan oil field.

The Reserve has no rivers, and other than occasional rainfall, the primary source of fresh water is fossil ground water. Surface water is very limited and may be seen in depressions and wadis for a short time only after a good winter rainfall. At present the Reserve is home to a breeding center for native Gazelles and Oryx, and has pioneered reintroduction programmes in the Country.

The Reserve offers unparalleled research opportunities for sustainable development and use of arid lands. Potential investigations include the use of saline water for irrigation of halophytes as animals’ fodder, zonation for sustainable grazing, camel farming and culturally sensitive tourism, among others 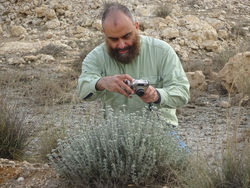 Major contemporary activities by local inhabitants of the Reserve include farming, tending herds of camels and flocks of sheep and goats (being one of the main components of economic development in the country, the agricultural sector in the Qatar is getting a lot of attention from the government, which has been working hard to remove natural obstacles that impede horizontal extension of agriculture by supporting farmers and encouraging national investments in the agricultural sector), artisanal fishing, small-scale trade and commerce, and working in the petroleum industry (since the 1950's oil has rapidly transformed Qatar into a developing country).

Several small coastal villages are home to the fishing communities, while the majority of the pastoral/farming communities are located in the northeast of the Reserve. The petroleum industry is based in Dukhan, at the extreme southwest, and up parts of the Zekreet peninsula and all of the Al Ghariyah peninsula.

Communities residing within the Reserve have managed to preserve many of the cultural and religious traditions of the past, while experimenting with modern technology to further their agricultural and pastoral traditions. Large rotary boom water feeders and modern pumping systems bring fossil groundwater to irrigate alfalfa and other fodder materials, while modern veterinary centers promote health and survivorship of traditional camel and goat herds. Breeding centers are reintroducing native fauna such as the Oryx and Gazelles, alongside modern oil and gas pumping stations.