The Waterberg Biosphere Reserve is situated in the Bushveld district in the Limpopo Province of South Africa. The Waterberg, as the name implies, serves as a water reservoir for this arid region. The area consists of low mountain ranges and escarpments with poor soils and a relatively low level of economic activity. The vegetation is dominated by different veld types characteristic of mountainous savannah areas which creates a rich biodiversity with more than 5,500 species of plants.

The area has been inhabited over hundreds of thousand of years and is one of the most important San rock art areas in South Africa. Tourism is the major source of income, however people also practise cattle raising and crop production, and are increasingly switching from game-farming to eco-tourism. 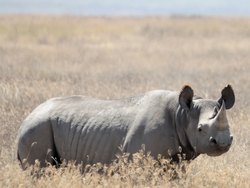 The Waterberg Mountain Range is one of three major mountain ranges in the Limpopo Province. There are four main drainage rivers within the area: the Lephalala, Mokolo, Matlabas and the Mogalakwena. These rivers, together with numerous lesser rivers and streams, constitute a major water catchment area for the Limpopo basin.

The Nylsvley Nature Reserve in the south-east of the reserve is a recognized wetland and registered Ramsar site. 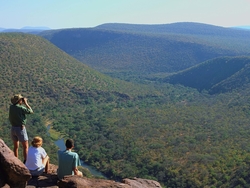 The 26 rural villages that fall within the proposed transition zone and the western district of the province are inhabited by an average of 1,800 people per village. Other farms and towns, such as Vaalwater, which also fall within the transition zone, number approximately 30,000 people. The communities consist mainly of white farmers and black rural communities, the majority of which are Pedi-speaking people.

Tourism and hunting are major activities in the buffer zone and range from basic self-catering to luxury tourism. Hunting is carried out by local (South African) hunters and international hunters from different countries. This zone also includes an environmental education centre and some cattle farming.