The ‘W’ Region Biosphere Reserve is the first transboundary biosphere reserve in Africa. The Niger component of the ‘W’ complex was designated a biosphere reserve in 1996. After a long process of study and consultation, and strong support from the concerned national authorities, the reserve was extended to Burkina Faso and Benin in 2002. The ‘W’ Region Transboundary Biosphere Reserve takes its name from the double bend of the Niger River and today covers more than 3 million hectares.

The biosphere reserve straddles the borders of the Soudano-Guinean, Sudanese and Sahel biogeographic regions and is home to a wide and varied biodiversity. The ‘W’ Region also constitutes a barrier against the advance of desertification from the north. The area hosts one of the largest populations of ungulates in West Africa and also comprises wetlands of international importance recognized under the Ramsar Convention. People have occupied the area since the Neolithic period, and have contributed to the development of the present landscape. Wild plant species continue to play an important role in traditional land use and agriculture. For all these reasons, parts of the biosphere reserve are inscribed on the World Heritage List.

Designation date: ‘Région “W” du Niger’ established in 1996, with extensions in Benin and Burkina Faso as a TBR in 2002. 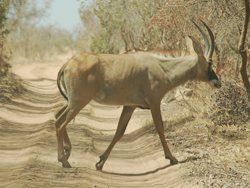 The reserve is located in the transition zone between the Sudanese region and the forested Guinean region. It includes shrub and tree savannahs and gallery forests along side watercourses. The climate is tropical with an average annual rainfall of between 500 mm and 800 mm. Average temperatures range between 31.2°C and 10.7°C for January, the coldest month, and 44°C and 26°C for May, the hottest.

The reserve also hosts a rich and varied fauna including 114 species of fish and over 367 species of birds amid landscapes of great natural beauty. Over 70 species of mammals can also be found in the reserve including the West African manatee (Trichechus senegalensis), African elephant (Loxodonta Africana), aardvark (Orycteropus afer) and caracal (Caracal caracal). Threatened species include the cheetah (Acinonyx jubatus) and the last population of West African giraffe (Giraffa camelopardalis peralta). 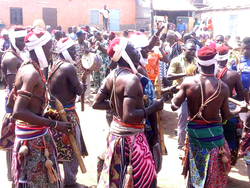 In the Benin part of the biosphere reserve, local communities are spread over 61 villages, mainly in the transition zone. The major ethnic groups are Dendi, Bariba, Peuhl and Gourmantché. The principal economic activities are agriculture and animal husbandry. In the villages of Banikoara and Kandi there is a cotton-ginning factory.

The first signs of human presence found in the region date back to the Palaeolithic era and multiple ancient tombs have been discovered in the sacred forests. The forests are also used for hunting rites, ritual appeals for rain and ceremonial coronations.

The majority of the population live in the transition zone in the cities of Diapaga and Fada N’Gourma. However, ethnic groups including the Gourmantchés, Peulhs, Haoussa and Djerma are spread across 15 villages in the buffer zone of the Burkinabe part of the ‘W’ Region Biosphere Reserve. The main economic activities are agriculture and animal husbandry, with tourism starting to develop in the ‘W’ National Park. Local cultural traditions include the practise of an ancient form of divination based on geomancy. Diviners predict the fate of an individual by interpreting signs drawn on the sand.

The Niger part of the biosphere reserve is inhabited by a variety of ethnic groups including the Djerma, Gourmantché, Fulfuldé, Peuhl, Haoussa, Fulani and Foulmangani. The main economic activities are agriculture, animal husbandry and craft production. Unfortunately, poaching and forest fires are a frequent occurrence in the region.

Many prehistoric sites have been found in the area, dating back to Palaeolithic and Neolithic times. The area also includes seventeenth-century fortified villages near the Sirba River built by local communities against Fulani attacks. The villages are protected by double earth walls and are heavily planted with baobab trees, used for food and medicinal purposes.