Located in the south-west of the country, this Biosphere Reserve is a mosaic of terrestrial, coastal and marine ecosystems. It is considered a biodiversity hotspot due to vulnerable ecosystems, which include coral reefs, beaches, dunes, sea marshes, mangroves, gallery forest, and littoral forest. The terrestrial part of the Biosphere Reserve is home to a small number of plant and animal species, whose high rate of endemism reaches 90%. The main economic activities are agriculture, livestock farming and fishing. 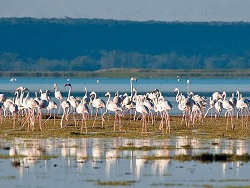 Tsimanampesotse – Nosy Ve Androka Biosphere Reserve belongs to the intertropical marine biogeographic system of the Southwest Indian Ocean. Five large Malagasy ecoregions are involved: the South Terrestrial Ecoregion, the Aquatic Ecoregion of the southern basins, the Aquatic Ecoregion of the West Basins, the Mozambique Mozambique Channel Marine Ecoregion and the South Marine Ecoregion. The Biosphere Reserve consists of two national parks, which are Tsimanampesotse – Nosy Vé-Androka and Aire Protégée d'Amoron'i Onilahy, with different structures. Tsimanampesotse National Park lies on the Mahafaly limestone plateau with an altitudinal variation of 10 to 140m. The backbone of the Mahafaly plateau is covered with forests. Red soils that are found are popular for peanut cultivation, and calcimorphous soils for maize.

Characterized by a high endemism rate of about 90%, the terrestrial flora and fauna species are of great importance, with abundant genetic resources. Species or groups involved in providing ecosystem services are focused on diurnal lemur and floristic species in dry forests. As to different xerophile thickets, endemic plants such as Commiphora lamii and Rhigozum madagascariensis and the threatened tortoise (Astrochelys radiata) are main indicators for conservation of biodiversity. Other species in the biosphere reserve include Tamarindus indica, Charadrius thoracicus (VU), Typhleotris madagascariensis, T. mararybe and so on. 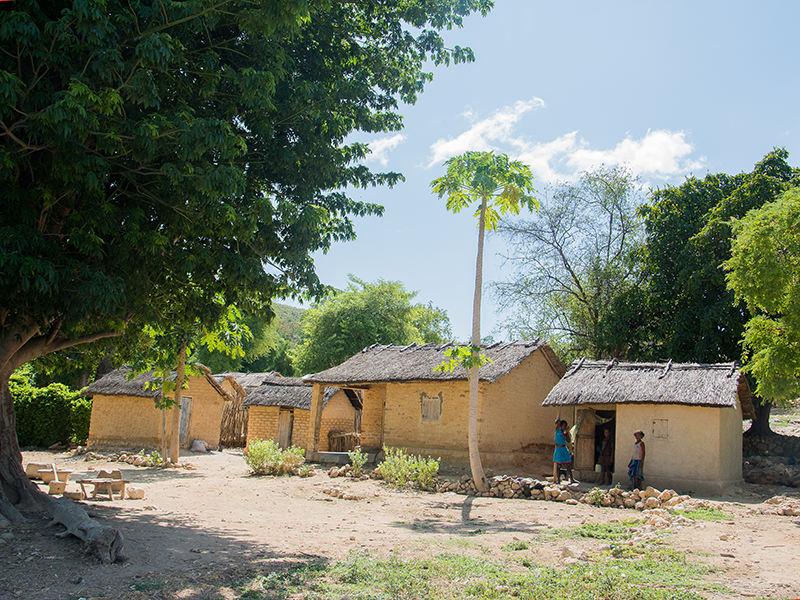 There are 117,549 habitants in total in the biosphere reserve, all of whom live in the main and large villages of 7 communes in the transition zone. The core area and buffer zone are uninhabited. Some families come to the core area for 2 to 3 days to harvest the secondary products during the lean season. Others pass by the buffer zone for cultivating in baiboho, or traditional fishing at sea. Four ecotourism circuits have been set up, particularly around the lake Tsimanampesotse.

There are various ethnic groups engaged in different economic activities. The Tanalana, dominant at about 80%, mainly work as farmers and ranchers. The Vezo, constituting less than 20% of the population, are traditional pirogue fishermen. The Antandroy, taking up about 3%, are almost exclusively ranchers with a semi-extensive breeding. Mahafaly from Betioky are engaged in agricultural practices. Betsileo and Merina are busy with trading, restaurants and hotels in major cities or along the coastal area. However, the basic social infrastructure is inadequate. Many villages do not even have public primary schools. Moreover, access to health and water is very difficult in this reserve.