Located close to be border with Cameroon, Sena Oura Biosphere reserve is the first biosphere reserve in Chad. It covers a total surface of 173,520 ha of the last untouched remnants of the Sudanian savannah in the country and is home to elephants, giant elands and giraffes. With the abundance of fertile lands and favourable agro-climate conditions, traditional agriculture and, in particular, livestock herding, provide a livelihood to almost 90% of the population. Forestry also plays an important role in the local economy, with the production of popular products, such as honey and shea oil. 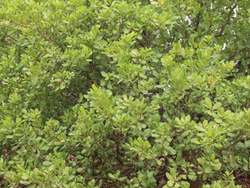 The ecological systems of this site also include watercourses, ponds and salt marshlands. These different types of formations constitute very special habitats for several groups of animal species. Sena Oura is currently home to animal communities including a large number of rare or endangered fauna with emblematic species such as the Derby elk (Taurotragus derbianus), the Hippotragus (Hippotragus equinus), the Damalisque (Damaliscus korrigum), the Elephant (Loxodonta africana), the giraffe (Giraffa camelopardalis antiquorum), and large carnivores.
In addition, the site has a large network of caves which make an excellent habitat for bats. This species colonises several habitats consisting of caves and rocks.
As for the gallery forests installed mainly along the watercourses, they are essentially composed of Ficus congoensis, Mitragyna stipulosa, Diospyros mespiliformis, Celtis intégrifolia. 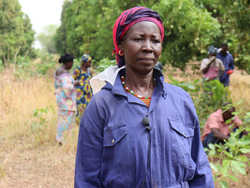 The site has large areas of very rich pasture and perennial ponds attracting thousands of cattle, particularly oxen. Livestock are raised by local communities and transhumant herders who come seasonally from other parts of Chad, Cameroon and Nigeria. Beekeeping, the extraction of shea butter, tamarind oil, jujube, fruits and tubers as well as medicinal plants are exploited by the local communities. Socio-professional organisations, particularly women's organisations, have developed with a view to exploiting the ecosystem resources in a sustainable manner.