Located in Cabo Delgado province, in the north of the country, the site consists of 11 islands, a combination of marine parks and a freshwater system including the Montepuez river and Lake Bilibiza, a bird sanctuary. The islands support 3,000 floral species, of which 1,000 are endemic, and a rich fauna that includes 23 species of reptiles, 447 species of birds and 46 species of terrestrial mammals including four of the “big five” (elephant, lion, buffalo and leopard), as well as eight species of marine mammals including whales and dolphins. The main economic activities are fishing, animal husbandry, tourism, arts and crafts and sea transport. 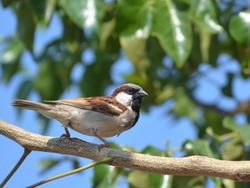 According to the Udvardy classification of the world's biogeographical provinces (Udvardy, 1975), the future QBR is part of the Afrotropical ecological realm and, within it, of the miombo forest biogeographical region. However, the proposed Biosphere Reserve area also includes other types of marine and terrestrial habitats, which encompass, for example, mangroves, sea-grass meadows, coral reefs. In relation to the marine environment, we could for instance mention the occurrence of 52 species of corals, 140 mollusc species, (including some threatened species such as Charonia tritonis, Cypraecassis rufa, Cassis cornuta and Tridacna aquamosa) and 5 species of marine turtles: loggerhead turtle (Caretta caretta), green turtle (Chelonia midas), leatherback turtle (Dermochelys coriacea), hawksbill turtle (Eretmochelys imbricata) and olive ridley (Lepidochelys olivacea), all included in the IUCN Red List.

As for the land fauna, the Biosphere Reserve comprises species of worldwide importance, including four of the so-called "Big Five": elephant (Loxodonta africana), buffalo (Syncerus caffer), lion (Panthera leo) and leopard (Panthera Panther), with significant populations of the African wild dogs (Lycaon pictus). There are also records of the occurrence of 46 species of medium to large size mammals of which six are endangered and 13 protected by law in Mozambique. 447 bird speciescan be found, of which at least one specie, the ground Hornbill (Bucorvus leadbeateri) is endangered and 12 others are protected by law in Mozambique. 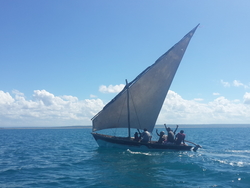 The islands from the Quirimbas Archipelago are characterized by their linear form and the towering coastal cliffs that can be up to 8 meters high. According to their soil profile, the Quirimbas Islands are not suitable for farming. The residents have therefore traditionally engaged in fishing and trade for their livelihood, which remain to this day the main economic activities in these islands.

Tourism is probably the major economic sector to be promoted in the Quirimbas (and in the region), with its combination of landscapes, marine and terrestrial biodiversity, beaches, diving opportunities and world-class fishing, hiking,alongside a unique and multifaceted culture that blends African, Arab and Portuguese heritage.