At 4,000km²  Mt. Elgon has the largest volcanic base in the world. Located on the Uganda-Kenya border it is also the oldest and largest solitary, volcanic mountain in East Africa. Its vast form, 80km in diameter, rises more than 3,000m above the surrounding plains. The mountain’s cool heights offer respite from the hot plains below, with the higher altitudes providing a refuge for flora and fauna. 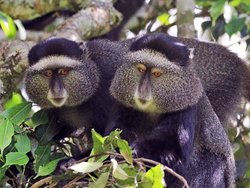 Mount Elgon National Park is home to over 300 species of birds, such as the Jackson's Francolin and Black-collared Apalis. Among those limited to just a few mountains in eastern Uganda are the Black-shouldered Kite and Tacazze Sunbird. Mount Elgon is one of the few places in Uganda where the endangered Lammergeyer can be seen, soaring above the caldera and Suam Gorge. 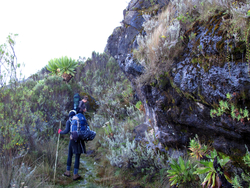 Mt Elgon is home to two tribes, the Bagisu and the Sabiny, with the marginalized Ndorobos forced to dwell deep within the forest of Benet.

Human population within the biosphere reserve is increasing at a rapid rate and this sharp change in population may also be attributed to immigration especially from Kenya. In case of districts of Bukwo, Kapchorwa and Kween, the population increase is as a result of improved security and peace in low land areas which allowed people who were formerly displaced to return to their homes.