The Mare aux Hippopotames Biosphere Reserve is located about 60 km north of Bobo-Dioulasso in the Houet province of south-west Burkina Faso. It is known for its freshwater lake (‘mare’) with associated pools and marshes in the floodplain of the Volta Noire River, as well as for its gallery forests. The reserve contains a great variety of biodiversity, especially near the lake after which the reserve is named. 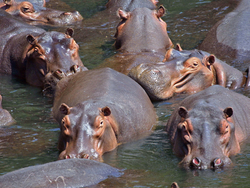 The reserve has characterized by a Sudanese climate type with two distinct seasons – a dry season lasting eight months and a rainy season lasting four months. The reserve includes five types of vegetation: forests, wooded savannah, and vegetation found on the ferruginous crust and in aquatic and flood areas. The forest takes the form of corridors along the Mouhoun rivers (gallery forests) while a lake extends over 660 ha, serving as a principal attraction.

The flora includes 191 species with 136 genus and 52 families. Thirty-three species have been registered in the gallery forests and some about 20 for the flood and aquatic vegetation areas. The flora of the savannahs and open forests include about 100 species, while the vegetation on the ferruginous crust approaches 70 species and about 40 species for the fallow land areas. 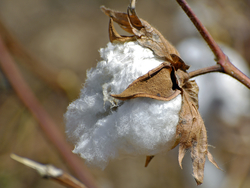 The Mare aux Hippopotames Biosphere Reserve is surrounded by 10 villages, which are home to approximately 40,000 inhabitants (2006). The Bobo are the main ethnic group in the area. Agricultural pressure around the reserve is strong (market crops and domestic plantations) and based around cotton and corn. Other principal economic activities include artisanal fishing on the lake and along the River Mouhoun, traditional animal husbandry with cattle, sheep and goats around the reserve, and traditional and modern bee-keeping inside and around the reserve.

There is also small-scale tourism activity related to hippopotamus-watching tours.