This mostly marine biosphere reserve is home to several endemic species, including turtles and cetaceans, as well as an abundance of fish, seabirds and marine reptiles. One of the most arid places in the country, Maio features gorgeous beaches, which, alongside its festivals, craft markets and historic heritage, attracted a growing number of tourists in recent years. Most of the island’s population of close to 7,000, make a living from the production of maize, beans, melons and salt, as well as tourism. 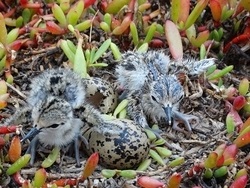 The Maio Biosphere Reserve in Cabo Verde encompasses the entire island and marine zone. There are six main components: Maio Island Natural Park, Cimi-dor Lagoon Natural Reserve, Praia do Morro Natural Reserve, Casas Velhas Natural Reserve, the Barreiro and Figueira Protected Landscape, and the Salt Pan of Porto Inglês. Diving into the marine ecosystems and one can expect to find eight local endemic species of Gastropods including the Conus boavistensis, three species of turtles (Chelonia mydas, Eretmo-chelys imbricata, and Caretta caretta) and cetaceans such as the Lemon shark (Negaprion brevirostris) and Tiger shark (Galeocerdo cuvier). Turning to the shore, there are over 256 species of fauna can be identified including three endemic lizards(Chioninia spinalis Mayensis , C. delalandii and Tarentola Mayensis ). Over 100 varieties of migratory birds have been recorded in the region. 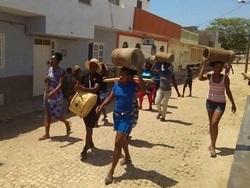 The Maio Biosphere Reserve has a population of approximately 7,000 inhabitants. The locals mainly engage in local tourism, maize, beans, melon and salt production, and handicrafts for their livelihood. A variant of Maio Cape Verdean “Crioulo” is mainly spoken on the island due to the influences of African and European trade, however the official language is Portuguese. The island has a strong expression in values and traditions, and the cultural manifestations focus on festivals of pilgrimage, groups of toccatina, music, dance, gastronomy and spaces, conviviality and leisure.