Covering more than 2,600,000 ha, Kafue Flats Biosphere Reserve cuts across various districts of archaeological and historical significance, as well as a Ramsar site and an Important Bird Area. It hosts over 400 species of birds and several mammals, such as zebra, buffalo, hippo and the endemic Kafue lechwe. It is inhabited mostly by Ila/Balundwe, transhumant pastoralists who also practice fishing and agriculture. The area has the largest population of livestock in the country with herds of up to 4,000 cattle grazing in its floodplains during the dry season. In the wet season, most communities retreat from the Kafue Flats to permanent villages on the edge and outside the biosphere reserve. This traditional ‘kuwila’ method of livestock production is practiced on customary land as the floods recede from July to November. 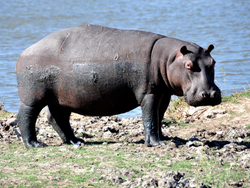 Is home to the endemic Kafue Lechwe (Kobus leche kafuensis) and hundreds of bird species including migratory species. The Kafue Flats wetland is a Ramsar Site. The biosphere reserve contains the Kafue Flats which encompasses a mosaic of ecosystems whose realm is Sub-Saharan Africa while the Biome is wetland and the Biogeographical Province is Afrotropical. The Kafue Flats is a 6,500 square kilometre floodplain midway along the Kafue River. The site consists of marsh and floodplains, termitaria, grasslands, woodland zones and geothermal areas. The floodplain receives water from the Kafue River when the river swells and overtops its main channel during the rainy season. These flows are supplemented by tributaries fed by rainfall. 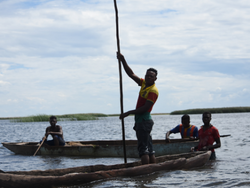 Inhabitants practice traditional cattle grazing and artisanal fishing. There are a number of activities such as cattle ranching, agriculture and artisanal fishing with an exception of the buffer zone that is part of the Lochinvar National Park.
The Biosphere Reserve has existing Community Based Natural Resources Management (CBNRM) Programmes that are tailored towards sustainable utilization of natural resources and improving the economic livelihoods of the communities.

There are several ethnic groups, most of which speak dialects of the main languages. The main ethnic groups in the area being the Tonga people under Chiefs Hamusonde, Nalubamba, Monze and Choongo,  and the Ila people of Chief Shakumbila.