The island of Príncipe is one of three existing oceanic volcanic islands of the Gulf of Guinea and is geologically the oldest of the group, formed 31 million years ago. The biosphere reserve includes the entire emerged area of the island of Príncipe, and its islets Bom Bom, Boné do Jóquei, Mosteiros, Santana and Pedra da Galei, and Tinhosas islands. 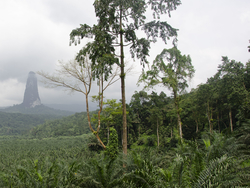 The island is characterized by its gentle relief in the northern half of the island and a mountain range in the southern half composed of several phonolitic peaks with altitudes between 500 and 948 meters where there is a patch of primary rainforest. The difference in geomorphology and terrain between the two sides, results in differentiated bioclimatology, has influence in the distribution of major types of ecosystems of the island, such as lotic systems in the area of the massif and its valleys and lentic systems in the northern plains area.

The biosphere reserve is home to great biodiversity in terrestrial as well as in marine ecosystems, with high rates of endemism in many groups of organisms, especially vascular plants, molluscs, insects, birds, reptiles and bats. It is part of the biodiversity hotspot of tropical forests of West Africa, containing a wide range of plant communities and habitats of high international importance such as primary tropical forests, forest shade, palm trees and lowland riparian habitats.

Considering the importance that this area has for the reproduction of sea turtles, seabirds and cetaceans, as well as coral reefs, on the international scene, it’s an area of great interest for the conservation of global biological diversity. 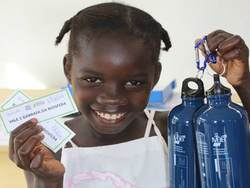 The resident population in the reserve is 6.737 inhabitants, of whom 100% live in the transition zone as all the islets are uninhabited.

The economic activities in the biosphere reserve are essentially fishing and agriculture (especially cocoa, coffee and copra) besides a small tourist development, mainly composed of some tourism in the capital of Santo Antonio and an island resort in the area of Bom Bom. Agriculture and fisheries are mainly subsistence activities, particularly for consumption and trade surpluses in the local market. Agricultural and fish products are mainly consumed in their primary form, but there are some processed products such as dried fish, fried bananas, the “cacharamba” (local sugar cane rum) and palm wine. 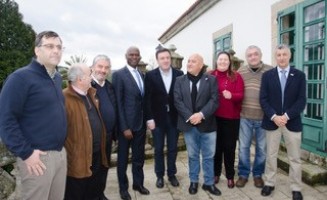 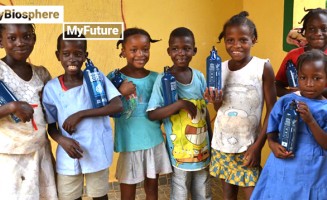