With an area of 698,363 ha and a population of more than 450,000 inhabitants, Garden Route biosphere reserve is a highlight of the plant biodiversity of the Cape Province. The diverse of wildlife includes large mammals such as elephants, rhinos and buffalo. It is home to plateau forest, shrubs and herbs of relevance for indigenous groups such as the KhoiSan people. It includes the Tsitsikam ma Marine protected area, Wilderness Lake Ramsar site, Garden Route National Park and two World Heritage sites, the Nelson Bay Cave and the Lankloof Valley. 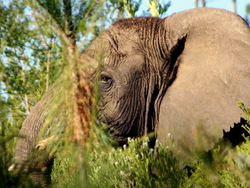 The Garden Route Biosphere Reserve falls within a biodiversity hotspot - the Cape Floristic Region, which is the smallest yet most diverse biodiversity hotspot in the world. Parts of this area (Garden Route National Park and Nelson Bay cave on Robberg Nature Reserve) have also received global recognition, being incorporated as UNESCO World Heritage Sites due to the unique, endemic and spectacular biodiversity and palaeo-anthropological significance.

In the eastern section of the biosphere reserve there are numerous areas of wetland adjacent to the region's rivers and on the coastal platform. These wetlands are extremely sensitive to disturbances such as agricultural activities and development. The wetlands accommodate high species diversity, and fulfil natural water purification and flood retention roles.

The Knysna basin is a key topographical feature of the area because it is responsible for the Knysna Estuary, ranked first in the country for its conservation importance.

The area is central to the South African fishing industry and supports a wide diversity of marine mammals, seabirds, deep water and open ocean fish and shellfish. Almost the entire Garden Route Biosphere Reserve forms part of the natural habitat of the African elephant, black rhinoceros and Cape buffalo and therefore serves an important role in the conservation of large mammals. 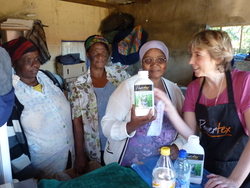 The Garden Route’s biodiversity contributes significantly to the province’s economic growth and development through the provision of services such as food, fuel, fibre, and medicines. It is the basis for nature-based tourism, sustainable harvesting and film industries, and a location for traditional and modern rituals and ceremonies. Biodiversity is also the mainstay of the agricultural economy, providing services such as grazing for livestock and insect pollination for food crops. Every aspect of the livelihoods of the Garden Route’s population depends on these services.

Many historic sites are located within Garden Route, relating to the more modern cultural history, but there have also been significant findings linked to palaeo-anthropological history. Recent research at Pinnacle Point in Mossel Bay, 50km to the west of the area's western boundary, indicates that the Southern Cape coast was home to the lineage that became modern Homo sapiens. Findings at the caves at Pinnacle Point show humans using shellfish 164 000 years ago and stone tools dating back 72 000 years.